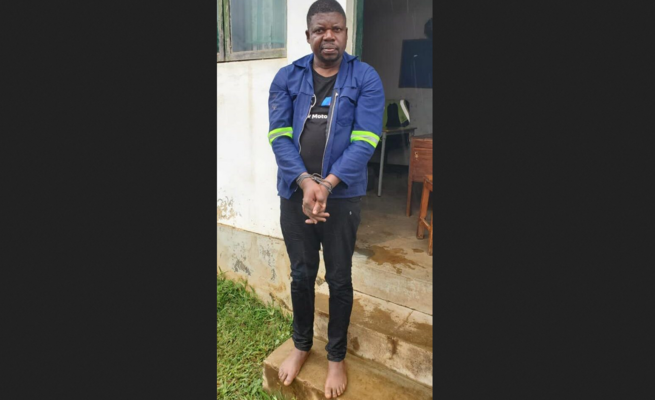 The triple homicide suspect, Jaison Muvevi, who allegedly shot and killed three people in Hwedza last Friday before fleeing the country, only to be arrested in Mozambique on Monday morning has been extradited to Zimbabwe.

Muvevi had skipped the border into Mozambique, where he was arrested by Mozambican police officers after creating more dramatic scenes.

A source close to the investigations confirmed that Muvevi had this afternoon been brought back to Zimbabwe after some formalities had been completed.

Although there were fears yesterday that he was likely to first appear in a Mozambican court to answer to charges of illegal entry into the country and pointing a firearm at a police officer, a team from the CID Homicide Harare managed to negotiate with their counterparts for his repatriation back into the country.

He is currently being interviewed at CID Mutare.

WE GOT HIM!: Mozambique has handed over fugitive triple homicide ex-cop Jaison Muveve after diplomatic back and forth with Zimbabwe. Mozambique abandoned plans to bring gun charges and deported him instead. He's seen smiling at Mutare CID, before his transportation to Marondera pic.twitter.com/OdAhZoA3Vm