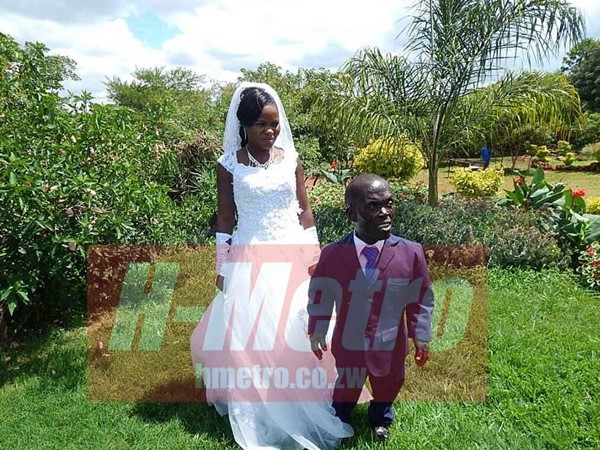 Gede wedded his wife of 17 years Christina in Kuwadzana at a ceremony attended by his family and friends.

The two are blessed with four children.

“He is our big brother and led the way for us in this music industry. Recording the song was a way of appreciating what he has shown us. He has been married for some time and has decided to have a white wedding. The two are blessed with four children,” he said.

Mathias Mhere who is the youngest of the Mhere entertainers was also in attendance.

“He is our brother, family and we have to be there for him. He started the way for us in this music industry and we learnt a lot from him,” he said.

Ngwenya brothers entertained guests at the wedding after party however without leader Matsitso.

Matsito has been battling ill-health of late.

Gede made a name for himself on Ngwenya Brothers’ frontline, being popular because of his stature.

He has often refused to be referred to as disabled saying his height is a gift from God that earned him a living.

In some media reports he was quoted as saying it was difficult for him to have a wife because of his height but he is now happily married to Christina. H-Metro