TENDAI CHIMOMBE, eldest daughter to the late legendary composer and lyricist James Chimombe, is embroiled in a nasty breakup with her lover who has allegedly leaked her nu_de picture in apparent revenge po_rn.

He is threatening to leak more po_rnographic pictures and videos unless Tendai adds him back in a WhatsApp group.

The picture has since gone viral with the budding artiste crying foul over lover’s betrayal.

A complaint has since been lodged at Harare Central Police Station under IR number 122269. 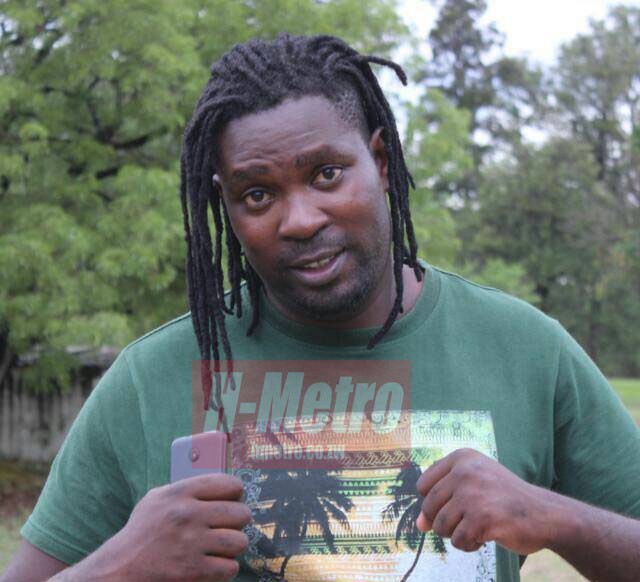 Allegations are that Tendai was dating Hwenje an upcoming artist who was angered after he was removed from a WhatsApp group which Tendai is an administrator.

Tendai is shaken by the development and said she is a victim of revenge po_rn.

“I was dating him last year and he lied to me that he was not married only to find out that he was married and I decided to end the relationship.

“During our relationship he had taken a picture of me whilst naked but I was unaware, ndakatorara ndakatarisa kuside only to discover after he had taken it.

“So he had these pictures all along and each time I would tell him to end the relationship, he would send me those pictures on WhatsApp, threatening kuti do anything I will expose you.

“He would further say I will send the pictures to newspapers and different groups kuti honai picture yaTendai.”

“He went on to say he is not even visible in the picture and I asked him why he was doing that, akati sei uri kuda kundiramba.

“He had that photo for a long time and I am an admin in a group, where a member violated the rules and Hwenje sided with him attacking me in the group taking advantage that I went out with him.

“I then removed him and the removal triggered this issue.

“After I removed him, he started threatening me to add him back or he would spread the pictures.

“The relationship was between us but he started posting my picture in groups. I have been trying to tell people kuti we were in a relationship, because hapasisina rudo ini handichade nezvake, but handiti mugroup unozongodzoswa wachinja behavior?”

According to Tendai, Hwenje further threatened to tarnish her image musically.

“He said musically I will not go anywhere; he promised to fix me and tarnish my image.

“I ended up going to the police because I had no choice and police are hunting for him.

“I fell in love just like everybody just that I fell for the wrong person who had wrong motives and at the end he did this to me. I tried to help him in many things I am so disappointed.”

“Tendai is well behaved and in that picture she was caught unawares, the person she has been dealing with is cruel,” she said.

Meanwhile, Hwenje was not available to comment but however, through his voice notes, he threatened to leak the pictures and some po_rn videos if he was not added back into the group.

She however, cited challenges in the industry.

“As a female artist l have also noticed that there is no unity among artists. Some upcoming artists have a syndrome of pulling down instead of joining hands for a good course.

“Artists also have a challenge when it comes to matters of the heart, falling in love is very normal and natural. Everyone falls in love at some time but at times it ends badly.”