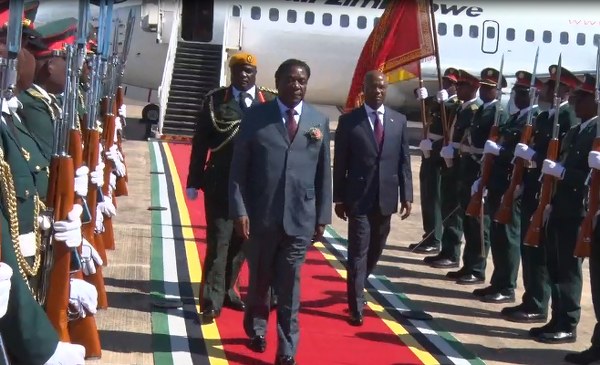 President Emmerson Mnangagwa is in Maputo Mozambique to brief his counterpart President Filipe Nyusi on the recent developments that took place in the country since 15 November 2017.

He left Harare this morning. 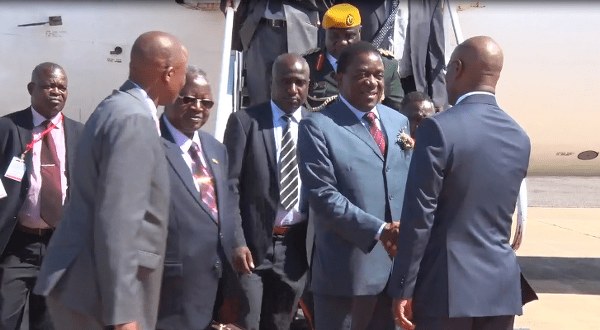 Zimbabwe and Mozambique share excellent relations which date back to the days of the struggle for independence.

President Mnangagwa’s trip is the 4th in the region having already visited South Africa, Angola and Namibia. 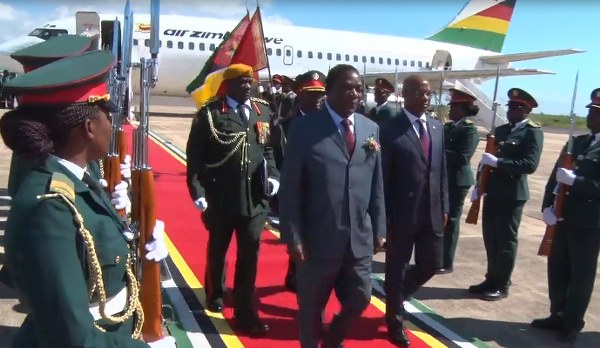 The President’s visit to Mozambique is to brief his counterpart on the change of leadership in Zimbabwe which has seen him assume the presidency.

President Mnangagwa is on a regional programme where he is expected to visit all his counterparts in the SADC to brief them the political developments in Zimbabwe.

The Zimbabwe Defence Forces instituted Operation Restore Legacy on the 15th of November 2017 which was meant to weed out criminals which were surrounding former President Robert Mugabe and restore normalcy in the country.

This was followed by a highly subscribed march to Zimbabwe Grounds in Highfield on 18 November 2017 in which Zimbabweans from all walks of life commended Operation Restore Legacy.

On the 19th of November 2017, Zanu PF convened a Special Central Committee meeting at the party headquarters in Harare which recalled former President Mugabe and resolved to nominate Cde Mnangagwa as the interim leader of Zanu PF pending ratification by the party’s Extra-Ordinary Congress (which was subsequently done on the 15th of December at Robert Mugabe Square).

On the 21st of November 2017, former President Mugabe resigned as president of the country following parliament’s commencement of impeachment proceedings against him.

President Mnangagwa was then inaugurated as President of the Republic of Zimbabwe on the 24th of November 2017 at the giant National Sports Stadium, a ceremony presided over by Chief Justice Luke Malaba and attended by thousands of Zimbabweans who included the President of Botswana Mr Ian Khama, President of Zambia Mr Edgar Lungu and the President of Mozambique Mr Filipe Nyusi.