President Emmerson Mnangagwa has met with his Swiss counterpart President Alain Berset in Davos, and the two leaders shared perspectives on economic and political issues of mutual interest.

The Swiss President assured President Mnangagwa that developments that took place in Zimbabwe and the new government’s approach has brought a positive disposition to the EU and Zimbabwe relations. 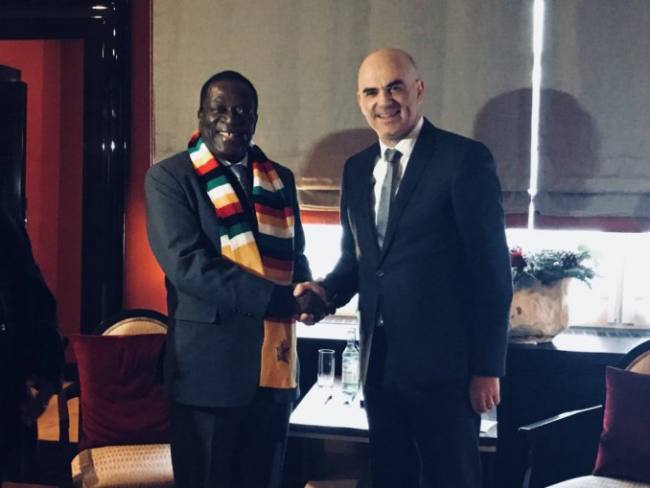 Relations between Switzerland and Zimbabwe centre on development co-operation and humanitarian aid but talks held by countries’ two leaders this Thursday are anticipated to usher in a new relationship.

According to Mr Charamba, the two leaders had fruitful discussions that focused on political and economic issues.

President Mnangagwa briefed President Berset on the smooth transition that led to his ascension in November last year.

The Zimbabwean leader, who is in Davos attending the World Economic Forum, explained to his counterpart his government’s new policy thrust.

He told President Berset that the Indigenisation and Economic Empowerment Act has been amended to reflect the new government’s policy position.