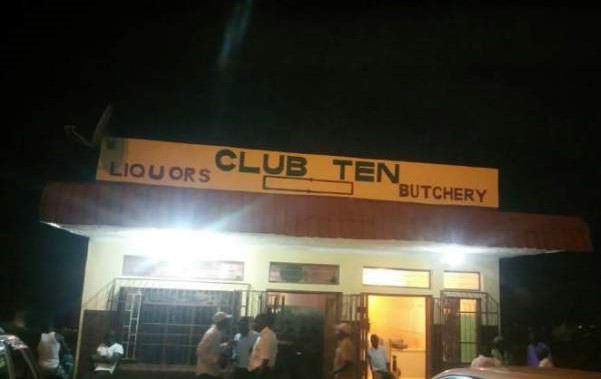 Club Ten belongs to a successful businessman Nyasha Muwomba popularly known as Bhanyaz who confirmed the juju but distanced himself from the whole juju scare by pin pointing his next door colleague Victor Rukainga for casting a spell on him.

“The juju you are talking about indeed was removed in my bar, but it is not mine, this is a spell cast by my rival in business Rukainga.

“I went to apostolic prophets seeking divine intervention and they told me that it was him. Fortunately the prophets do the ‘back to sender’ style so I, am protected,” said Bhanyaz.

Contacted for comment Rukainga denied the allegations saying that Bhanyaz was once his tenant, when he was given marching orders he started fabricating stories for him.

“I do not know what he is talking about, this man was once my tenant but our relationship turned sour when l told him that l wanted to use my bar so he feared competition,” he said.

However, despite the juju scare people still flock at Club Ten and it has proved to be the biggest bar in town in terms of attendance.