People were wondering were Robert Mugabe’s children especially Chatunga with them rumoured to be in South Africa. Well, it’s no longer a rumour as the picture was taken by South African based journalist Admire Ano Shumba. 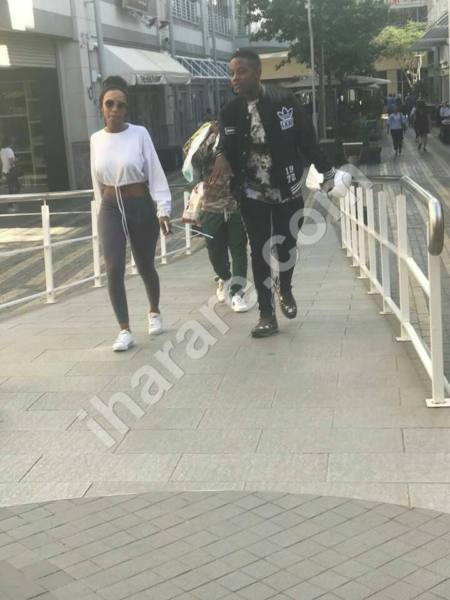 This is the first time after his father’s resignation that he has been seen. Chatunga was pictured with a female counterpart probably his girlfriend.

Behind him is a man following them holding paper bags of clothing items.He is known for being extravagant as he filmed himself pouring expensive wine on an expensive watch.