Police in Masvingo have apprehended a suspected serial ra_pist linked to 25 ra_pe and two murder cases.

The arrest of the 31 year old man is expected to assist the police to solve multiple ra_pe crimes that had sent people in the province into panic mode.

The suspect, Charles Matanga, was arrested in Chivi at Mugeji Township after police received a tip off from the public.

Zimbabwe Republic Police Officer Commanding Masvingo District Chief Superintendant Obey Moyo said the suspect would attack his victims and ra_pe them while they were bleeding from wounds he would have inflicted on them.

After committing the crimes, he would then take off with the victim’s undergarments.

“The way he operated was scary and violent and the community was now living in fear. Upon arresting him, we recovered a slasher, which we suspect was used to attack his victims, catapults, a wig which we suspect he used for disguise and two woolen hats. We are hoping that ra_pe crimes will now go down after this,” said Chief Superintendant Moyo. 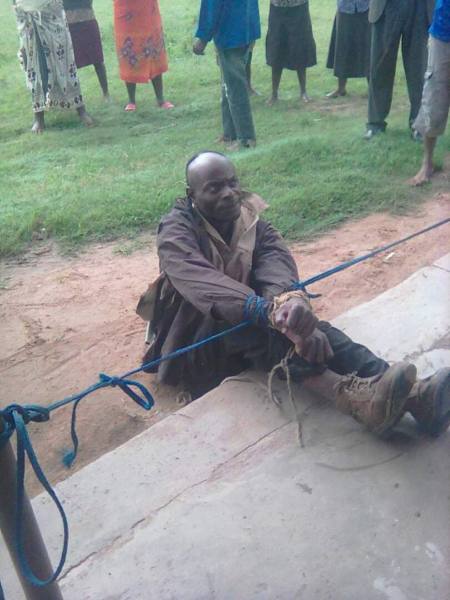 The suspect is believed to have committed most of his crimes in Masvingo District and Chivi rural.

His youngest victim is a 13 year old.

Charles Matanga had terrorised Masvingo prompting Churches to go into fasting and prayer for his arrest.

The prayers were finally heard yesterday (Monday) when Matanga was arrested in Mutote area near Berejena were he was drinking beer.