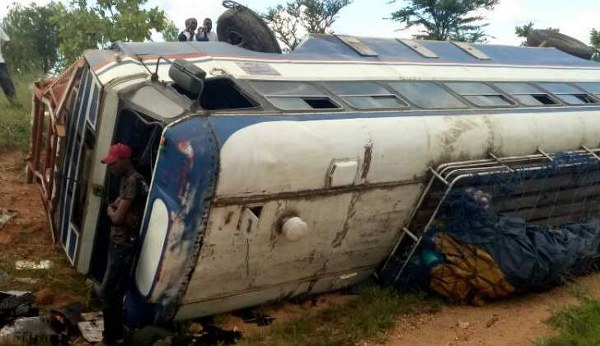 About 5 people were reportedly injured when a Karoi bound Makuku bus they were travelling in veered off the road and overturned after a tyre burst yesterday.

The accident occurred about 40 kilometres west of Karoi town. 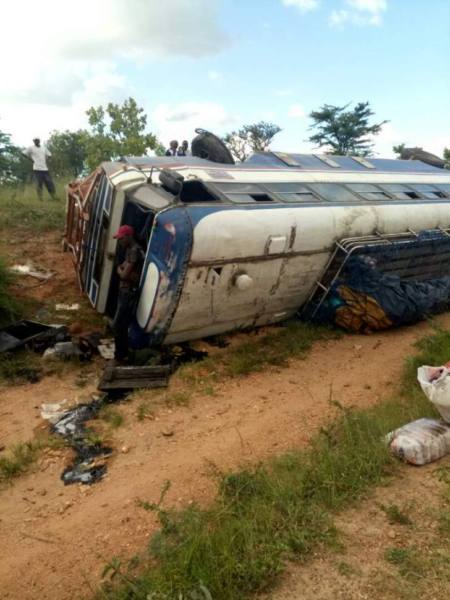 Sources familiar with the incident reported that the driver lost control of the bus and overturned due to a tyre bust between Magunje and Karoi. 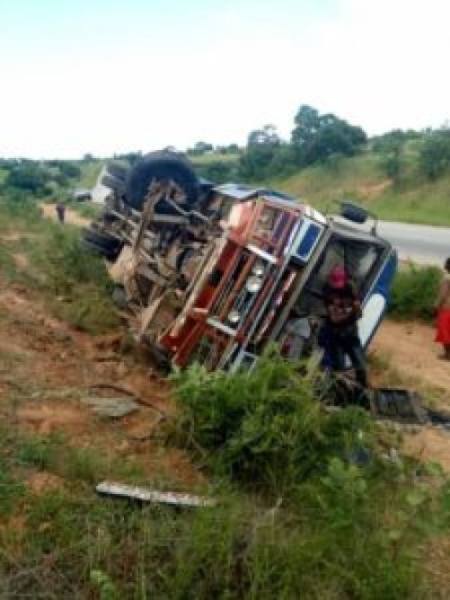 According to eye-witnesses at least five people were injured after the bus rolled and rested on its side following the tyre.

“Several people were rushed to Karoi hospital after the bus overturned due to a front tyre burst between Magunje and Karoi highway,” said a source.