In the tweet, Mukupe bashed Chamisa calling him a ‘boy’ and poked fun at Chamisa’s rally pep talk of building airports in rural areas. 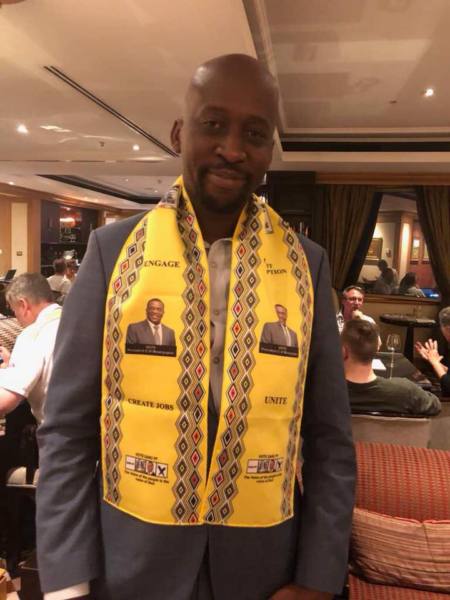 Said Mukupe, “So sad how the MDC lacks originality…. Clearly plagiarized the designs from my team that I posted online a month ago…. Plagiarism is the utopia of academic genocide confined to those with very empty heads and full of hot air!!! Anyway what’s to be expected from those led by a boy who talks of constructing airports at village level to carry tomatoes from murehwa to sell in London!!!”

Mukupe went on to post pictures dressed in the same scarf with features ED’s face on it and contrasted in with one belonging to an MDC supporter featuring Chamisa’s face.