Youths were the majority of people who attended the rally and vowed to work very hard to ensure Chamisa’s victory.

While addressing thousands of party members in Chipinge, the National Chairperson of MDC T Youth Assembly Happymore Chidziva aka Ldr Cde Bvondo thanked Youths for their unwavering support of the Youthful leader and upholding the legacy of the late President Richard Morgan Tsvangirai.

“Thank you Chipinge for your support. This is the legacy of President Morgan Tsvangirai, who untimely passed away, which we are protecting .

“Before he died, he told us that MDC is not a one party generation. He always said that its high time Youth take charge and finish this struggle.” 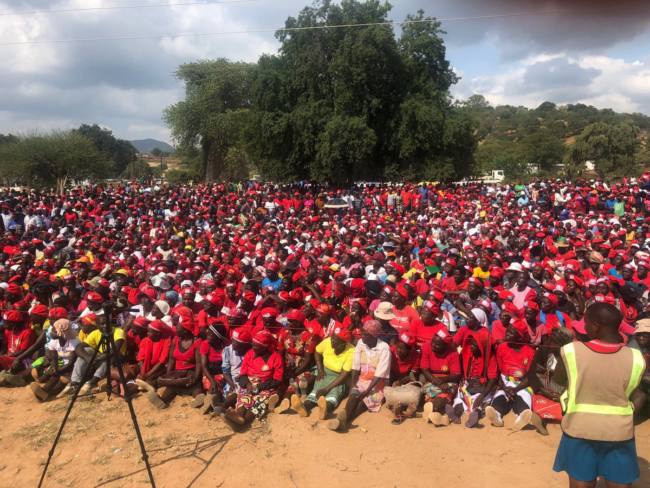 Happymore Chidziva also urged Youths in Chipinge to be strong and defend the vote in few months to come.

“Violence must be history this time around. Youths should defend their votes and Zanu pf has no monopoly over violence. So do not be afraid but just rise and take charge now”, said Chidziva.

Meanwhile, Happymore Chidziva will be addressing another rally in Nyanga Ruwangwe where MDC Alliance President Nelson Chamisa and other Alliance Principals will also address.

News Edmore Huni - 4 December 2020 0
A SUSPECT accused of killing a cellphone dealer, Sipho Ncube early this year in cold blood is battling for his life in hospital after...
Loading...