A short time session before work backfired for an elderly man in the Avenues-Harare today after he was thrown out from a third storey window by a se_x worker after he allegedly offered to pay $2.

An eye witness heard a loud thud and saw an elderly man on the first floor balcony crying for help. Paramedics were called in and had to use a ladder to get to the patient as the fall had immobilized him and he was unable to move.

“The man came,parked his car and entered the building, a few minutes later we heard a loud crashing sound and saw the man now on the first floor balcony screaming for help. 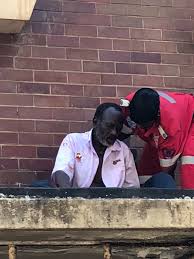 “We called an ambulance and they had to use a ladder to get to the man and there was no access to the first floor balcony,” said a witness who spoke to this publication. 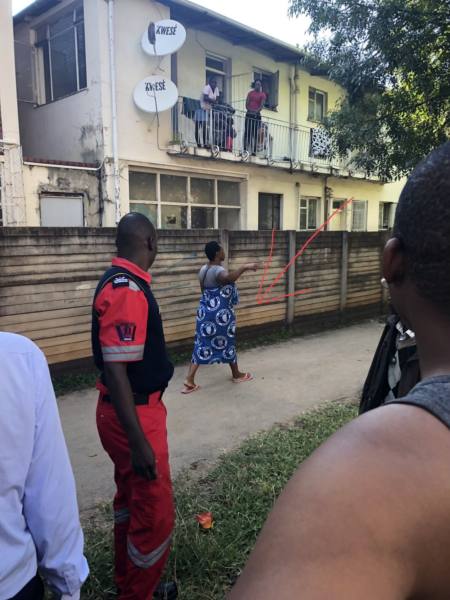 The unidentified client was seen earlier on parking his Isizu car outside the flats before rushing upstairs for early morning session with a veteran Avenues hooker.

The assailant was later seen complaining about the $2 insult moments before police apprehended her just in time before a mob could take matters into their own hands. 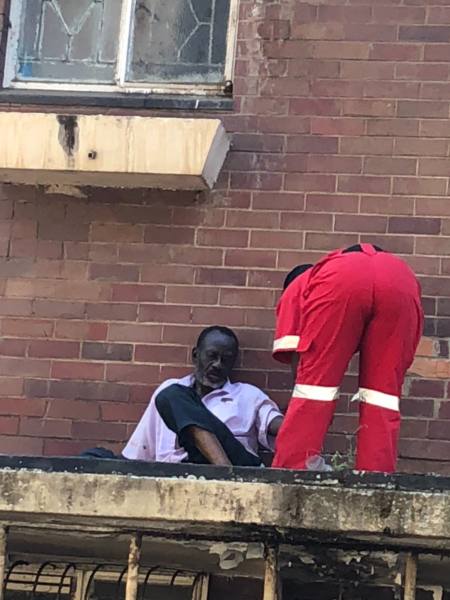 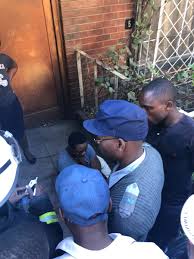 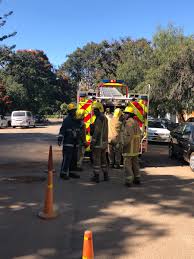