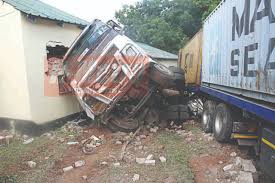 A Zambian based driver escaped death when he crashed into the Chinhoyi caves office last Friday after he failed to negotiate a curve.

The unidentified driver was said to have been speeding when he failed to negotiate the curve that is adjacent to Chinhoyi caves which led to the crash. 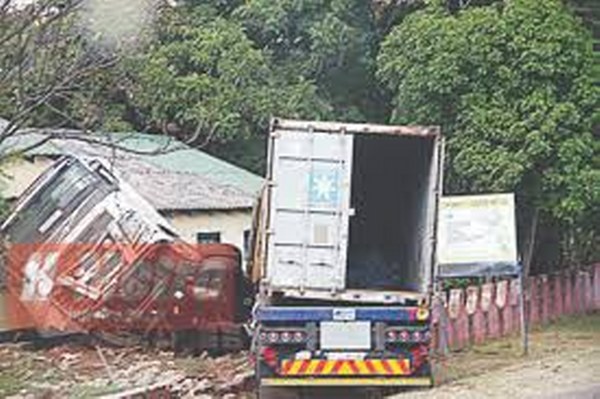 One of the Zimparks officials who spoke on condition of anonymity confirmed that no one was injured in the accident as the offices are no longer in use.

“The accident occurred at around 8:30pm and no one was injured because the offices are no longer in use; there were two people in the truck, one of them told me that he was tired and had given his nephew to drive from Lusaka to Chinhoyi,” 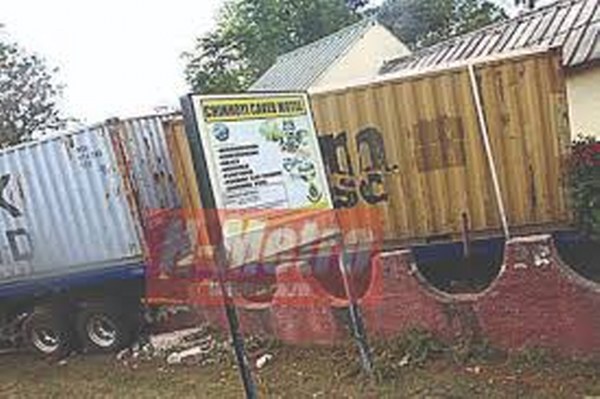 “We are still waiting for the owner of the truck to arrive from South Africa so that we can talk about the damaged building,” said the official.

An onlooker identified as Susan Chari said he was speeding and failed to negotiate the curve even though there was no oncoming traffic.

“He was speeding too much that he didn’t even see the curve, this spot is becoming a black spot because on Wednesday six people were seriously injured in an accident at the same spot,” said Chari.