FOUR people died on the spot while several others were seriously injured when an Eagle Liner bus which was travelling from South Africa was involved in a head on collision with a private car in Mvuma yesterday.

The dead, including the driver, were all in the private car which was travelling towards Masvingo from Harare.

National police spokesperson Chief Superintendent Paul Nyathi confirmed the accident, which occurred at the 211 km peg along Harare-Masvingo road around 10AM yesterday.

“I can confirm that an accident occurred around 10 am involving a cross border bus and a private car. All the occupants of the car died on the spot while the injured people from the bus were ferried to hospital,” he said.

Chief Supt Nyathi said they were still to ascertain the number of the injured passengers from the bus.

He said names of the deceased persons were being withheld as their next of kin were yet to be contacted. 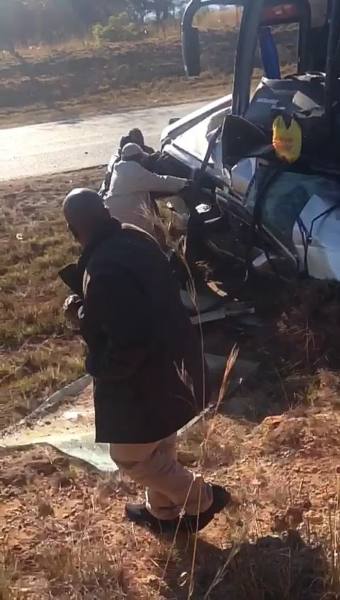 Chief Supt Nyathi said preliminary investigations indicate that the driver of the private car lost control of the vehicle resulting in him encroaching onto the bus’ lane.

“For now the details are still sketchy, but l understand that the driver of the car lost control of his vehicle and he encroached on the other lane leading to a head on collision. The private car was trapped under the bus and the fire brigade crew had to be called in to remove the car from under the bus. For now we are not sure how many people were injured since the investigations are not yet completed,” he said.