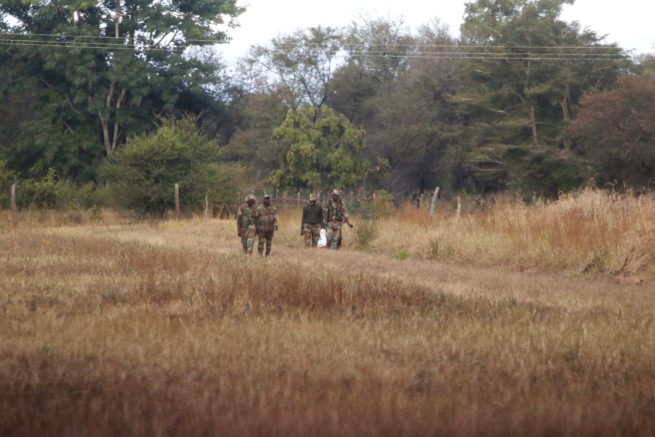 Zanu PF supporters aligned to a faction sympathetic to President Emmerson Mnangagwa attempted to elbow out his neighbour Reverend Isaac Tititi Moyo — with whom he has had a nasty fallout — from a farm in 2014 for belonging to a faction opposed to the leader’s ascendancy at the height of internecine factional infighting in the ruling party, it has emerged.

This comes after Moyo was evicted at gunpoint from his Victory Farm in Kwekwe by the military last week.

The developed and well-equipped farm, which was allocated to 5 Brigade Headquarters, sits next to Mnangagwa’s vast Precabe Farm in Sherwood, Kwekwe.

Moyo, who had occupied the thriving farm for 15 years through Mnangagwa’s help before his forcible eviction by the millitary, was perceived to be sympathetic to the defeated Zanu PF G40 faction, which had coalesced around former president Robert Mugabe during the bitter succession battle.

The elderly cleric is the father of Letwin Undenge, who is married to former energy minister Samuel Undenge.

The couple was working closely with Zanu PF’s G-40 faction.

According to documents seen by the Zimbabwe Independent this week, members of Zanu PF Mgagao district Ward 31 presented a slew of allegations against the 82-year-old Moyo to Mnangagwa four years ago, pressuring the then vice-president to evict the cleric from his thriving 250-hectare farm.

“The request by the residents of Sherwood is that Reverend Tititi Moyo be expelled from the community since he has failed to live in harmony with other people while disrespecting the local chief and headman,” reads a list of grievances levelled against Moyo in one document.

However, the cleric countered the allegations at the High court, filing a defamation suit against a number of residents who were pushing for his expulsion from the farm, reportedly at the behest of Mnangagwa. But during a pre-trial conference registered under case number HC 729/15, Tichafa Chitate, Chief Samambwa Mapfumo, Miriro Mazhura, Casias Phiri, Billy Musindo, Mtizirwa Mukaranga, Averino Muzorori and Hikira Fukurayi, among other defendants, apologised to Moyo, prompting the court to strike the matter off the roll. The cleric was claiming US$300 000 in defamation damages.

“Plaintiff’s claims as against the defendants is for an order for damages in the sum of US$300 000 arising from defamatory statements made by the defendants on the 22nd December 2014 at Precabe Farm, Kwekwe,” reads part of the summons lodged at the High Court.

According to the pre-trial conference meeting minutes, also seen by the Independent, the judge in his comments noted that: “Parties are now pursuing a settlement in the form of an apology to the defendant (Moyo).”

However, following Mnangagwa’s ascendancy to the presidency through a millitary coup that toppled Mugabe in November last year, Lands minister Perrence Shiri served Moyo with a notice of withdrawal on January 5. The cleric wrote back to Shiri on January 18, indicating that there were sustained efforts dating back from 2014 by “hired people” to remove him from his farm.

“I hope your good office is aware that false allegations were once peddled against me and a demonstration was staged on December 22, 2014 by a small group of paid individuals who included non-Sherwood residents,” Moyo wrote. “Their intention was to cause me to be unlawfully removed from my farm on spurious allegations. These allegations were proved to be false, malicious and extremely defamatory. I am now aware that fresh allegations have been peddled against me in high offices by the same group, who are jealous, lazy, overzealous enemies of development. These are criminals who are confusing our good leaders.”

Shiri evicted the cleric from the property on June 5 and subsequently allocated it to 5 Brigade Headquarters stationed at Battlefields Barracks in Kwekwe.

Sources close to issue say the move was aimed at settling “old political scores”, while also punishing the elderly cleric for his alleged dalliance with the G40 faction through his daughter’s marriage and relationship with the Undenges.

“This is a clear case of settling old scores. Though the farm was eventually grabbed by the army this year, there were sustained efforts since 2014 to grab the property from Reverend Moyo by people who thought he was opposed to President Mnangagwa,” said a source who spoke on condition of anonymity. “It must be noted that the reverend was never convicted on any of the numerous allegations levelled against him. If anything, he decided to forgive the people he was suing for defamation.” 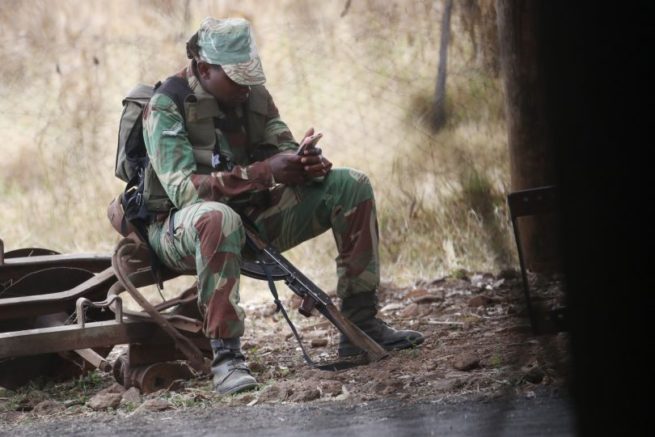 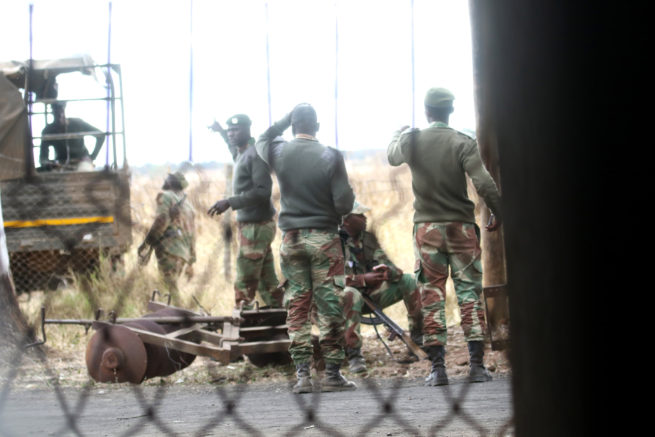 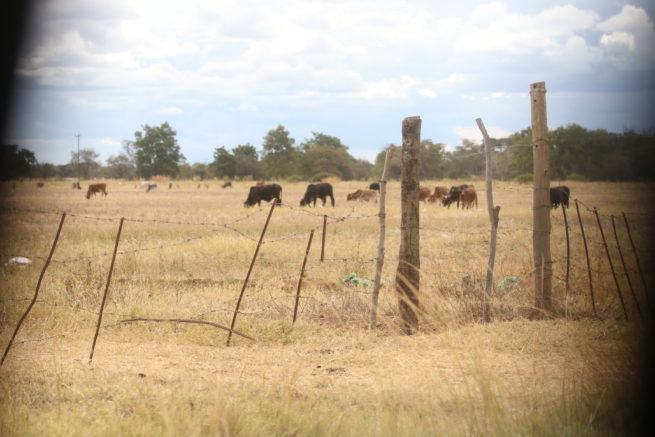 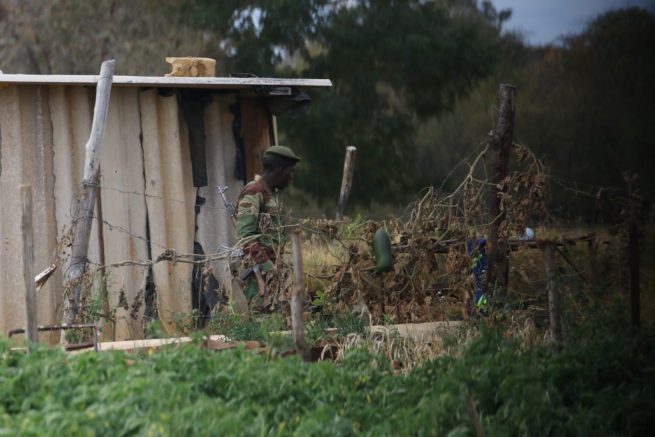 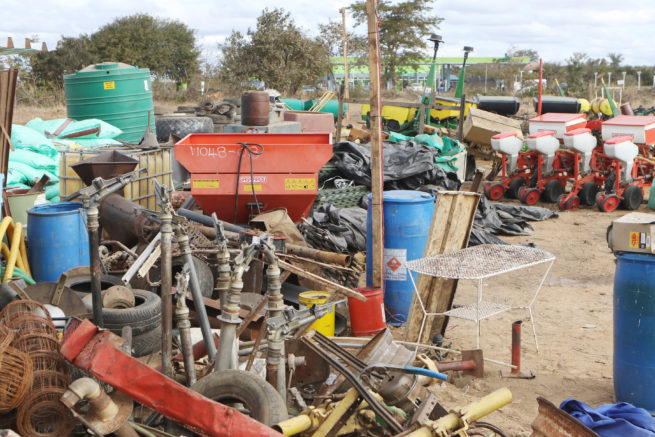 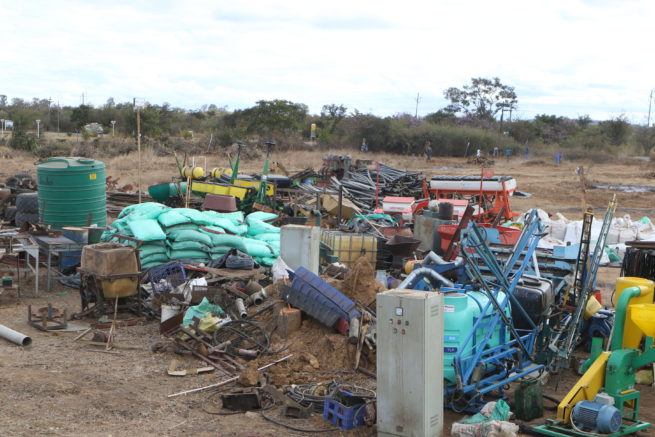 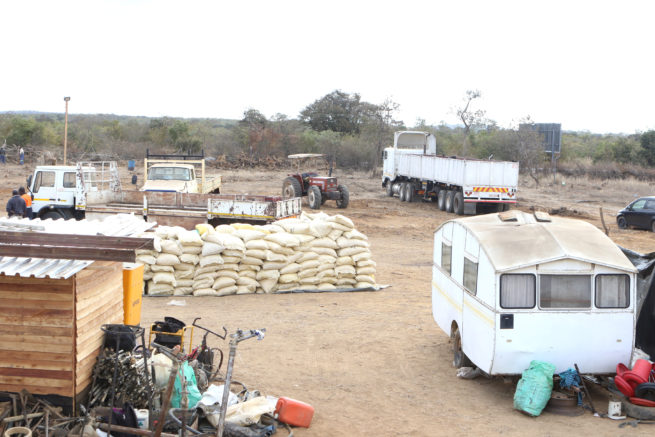