President Emmerson Mnangagwa and MDC Alliance leader Nelson Chamisa today addressed defining rallies of their political lives a stone’s throw from each other ahead of elections on Monday. They held their rallies at the National sports stadium and Robert Mugabe square respectively. 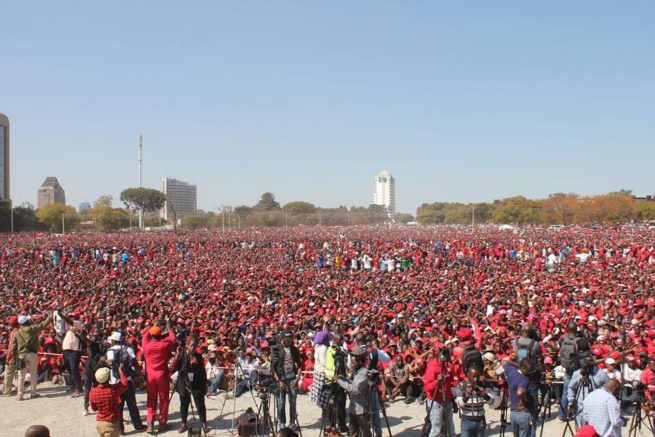 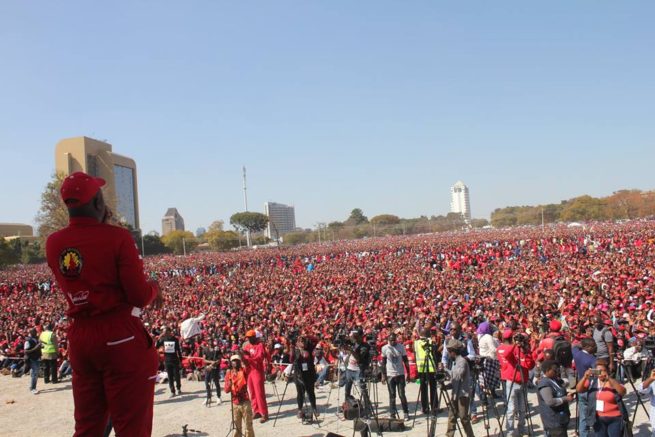 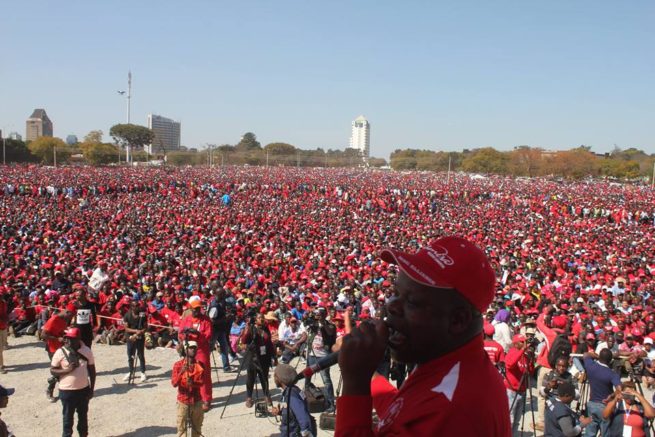 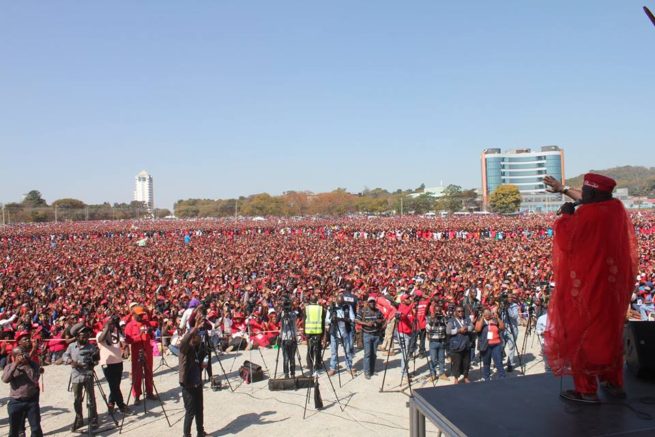 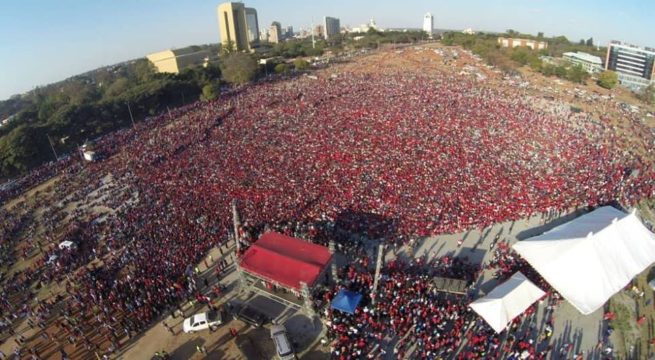 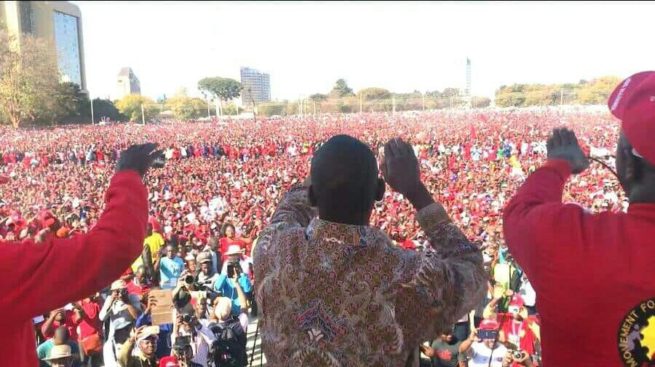 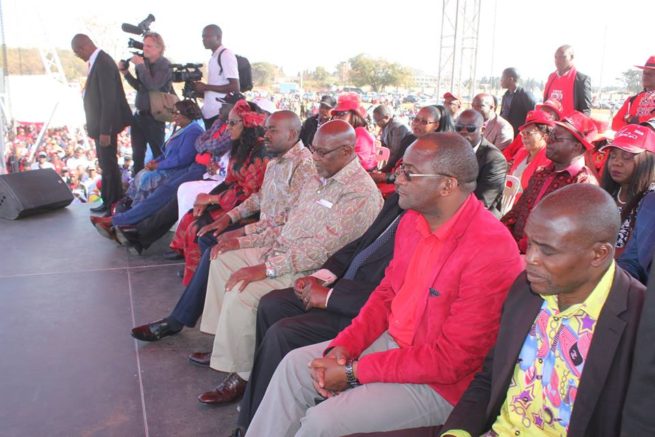 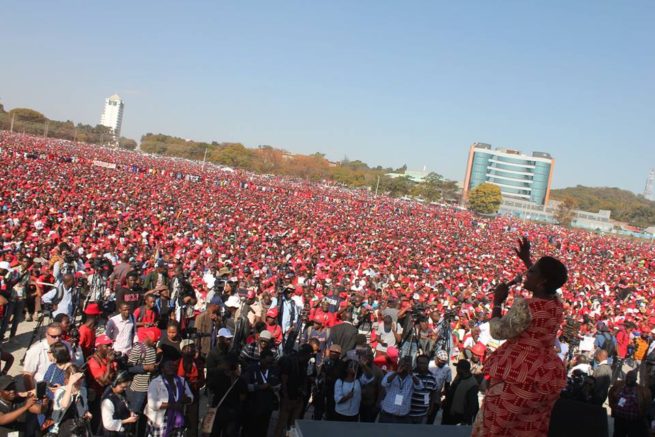 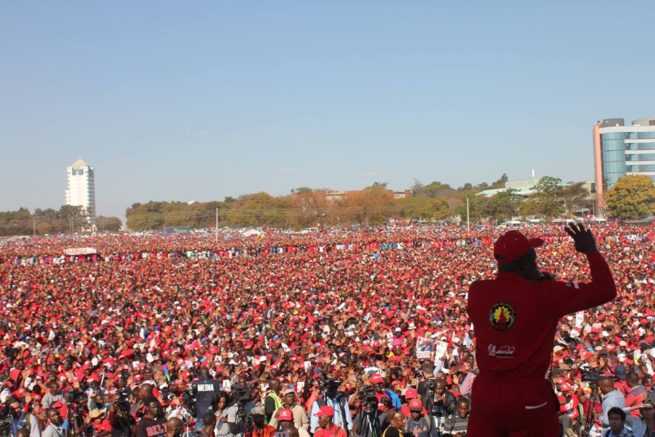 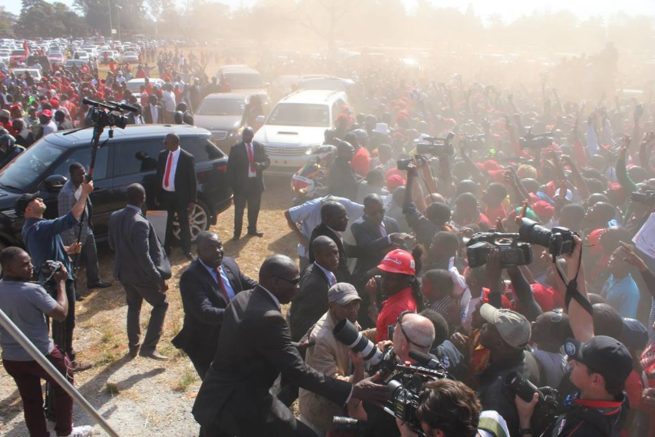 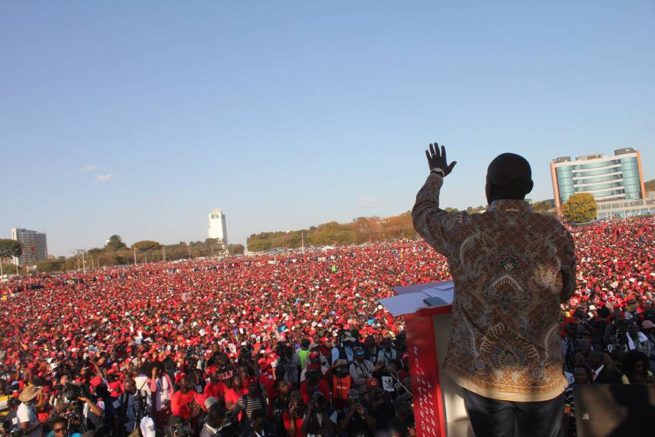 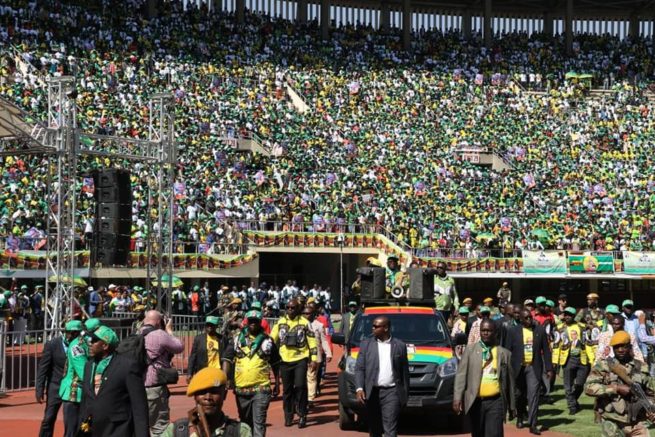 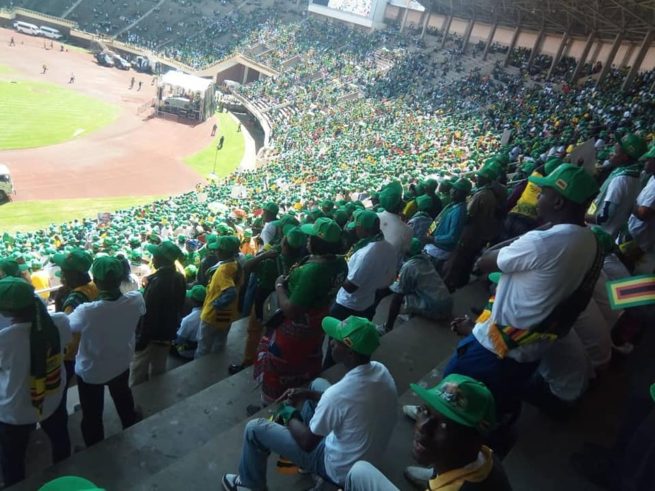 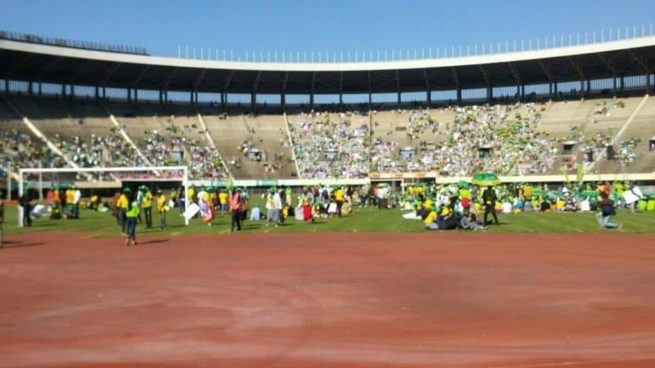 “I am happy that the people of Zimbabwe share the dream of a modern Zimbabwe. Whatever we do we must have the approval of the people. Zimbabwe is born afresh. This coming Monday we are going to win the elections. We are voting for the future,”

“Land reform will be reoriented to curb multiple ownership of farm as well as cutting of large farms to benefit others. Zanu-PF is in power and will continue to be in power,” says President Mnangagwa while also imploring people to offer hospitality to all international visitors in the country.

“Zanu-PF was in the forefront of campaigning freely. For the first time in the history of our country, every political party has been available to campaign where they want because we enjoy the democratic space. Those who want to be violent we say no. Zimbabwe will never again allow violence. All sections of our society love peace. We have allowed observers from all over the world including the Commonwealth. We left the Commonwealth because of differences in our land reform. The land reform is irreversible,”

He said administration is a servant and listening leadership power belongs to the people Zanu PF is a mass party, it does not fit in anyone’s pocket but all can fit in its pocket.

He said Zanu PF was the only party that would protect the legacy of the country and come Monday what is wanted is only one push to ensure Zanu PF has a thunderous victory.

He said Zanu PF was resolute in its endeavour to build a modernised Zimbabwe.

The President said he heard the cries aspirations and grieves of the people of Zimbabwe and will work towards the betterment of the country.”We are determined to build the Zimbabwe we want, the Zimbabwe the people want… but we can build this Zimbabwe together,”

In his introductory remarks Vice President Constantino Chiwenga said President Mnangagwa is a tried and tested revolutionary who has held many government portfolios and helped form the former warring armies into the defence forces.

Chiwenga equated Mnangagwa to biblical Joshua on a mission to take Zimbabweans to Canaan.

On the other hand, Chamisa took his campaign to Freedom Square, the arena of the famous, Crossover Rally which was addressed by his predecessor, the late Morgan Tsvangirai a couple of years ago.

With confidence high up in his camp, Chamisa’s team said rally signified the burying of 38 years of Zanu PF mis-governance and sew seeds of a new trajectory both economically and politically.