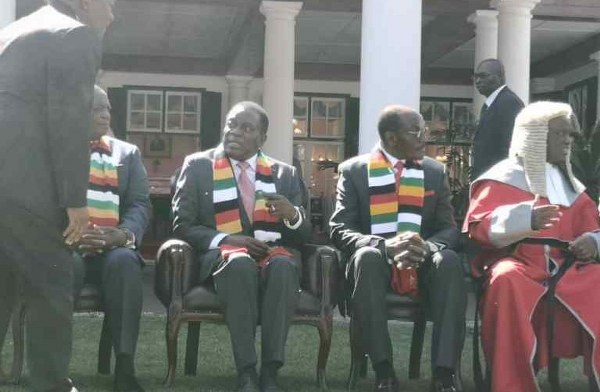 The two Vice Presidents of the Republic of Zimbabwe have been sworn-in at State House, in Harare today at a ceremony presided over by Chief Justice Luke Malaba, with President Emmerson Mnangagwa in attendance.

Vice President Kembo Mohadi then followed and took his oath of office before the CJ.

The two VPs pledged to uphold the constitution and discharge their duties to the best of their abilities.

They were both accompanied by their spouses and later held a photo session with President Mnangagwa, CJ Malaba and family members.

The swearing of the two VPs follows the inauguration of President Emmerson Mnangagwa on Sunday at the National Sports Stadium.

News Muza Mpofu - 18 September 2020 0
THE 68-year-old woman was last seen alive by her friend after they went to a local tavern on Monday night, but she was too...
Loading...