James Chamisa a Harare street vendor was brutally assaulted yesterday (Thursday). James is in a lot of pain. He has not been seen by a qualified medical doctor since admission yesterday. No scan yet to determine state of ribs or his suspected broken legs.

Zimbabwe Republic Police officers captured Chamisa during a raid against vendors in the capital yesterday.

They allegedly tortured him for hours at the Central Police Station. He is currently admitted at Parirenyatwa Hospital under police guard. 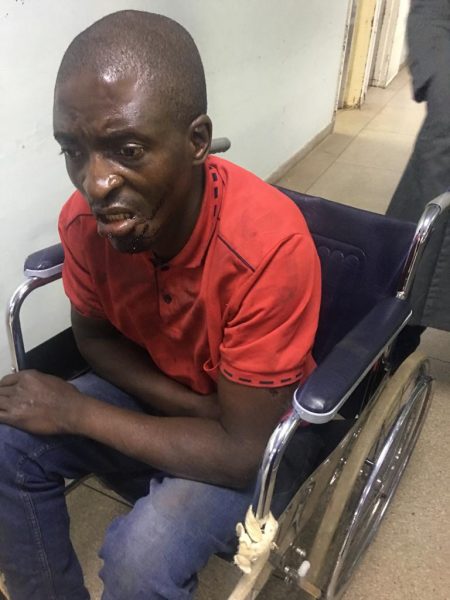