Chamisa said government must act immediately to solve the crisis.

“THIS MUST BE STOPPED …Have been waiting for fuel since morning. Pfee muQueue yeFuel Cnr Sam Nujoma/ Kwameh. I’m assessing the fuel situation at service stations in Harare. The situation is so bad,” he said.

Shortage of fuel is a shortage of leadership….As Zimbabweans we waste most of our time dealing with disastrous consequences of a leadership kwashiorkor !

Many have been wondering where Chamisa is and what he’s been up to. He says he’s doing what the people mandated him to do on July 30 2018. He claims military intelligence vehicles have been trailing him from prayers to his other various tasks. They seem to be afraid of him during these times of economic hardships. 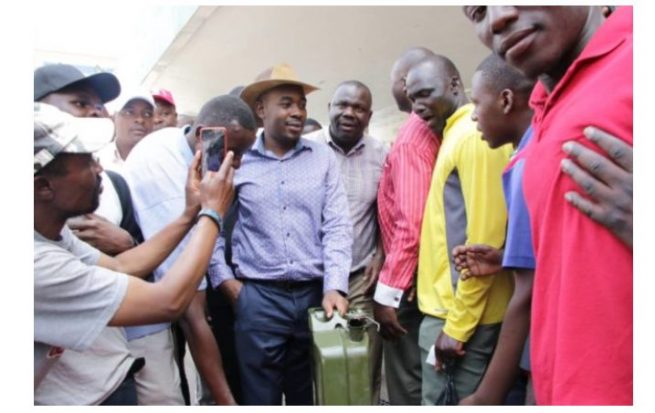