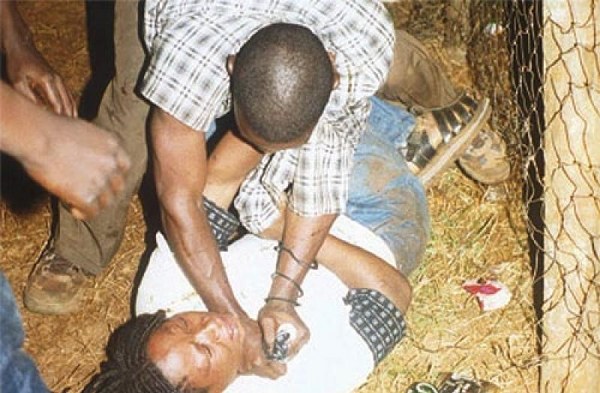 An MDC activist is battling for life at Mvurwi Hospital after she was severely bashed by an alleged artisanal miner who accused her of stealing his US dollars on Friday morning.

Sources privy to the case allege the MDC activist, who is also a prostitute, popularly known as Susan in the thigh vending business – hooked her assailant at Dendere night club for a quickie but tables turned after the service, as the miner demanded his alleged stolen money.

“Susan left Dendere night club around 3 am for a quick with a mukorokoza but their service was eventually turned into a boxing arena when she was accused of stealing his money, the unkown suspect assaulted her with open hands and destroyed her property before leaving her motionless,” narrated her colleague.

Mazowe North ward 28 MDC councillor Fanuel Chigonero confirmed the incident but could not shed more light though he was said to have assisted in paying her bills a claim which he refuted.

“Indeed Susan was attacked and is currently admitted at the hospital l do not have finer details and all that which is in the street that l paid her bills is just rumour,” said Chigonero.

When our news crew visited Mvurwi hospital MDC activists were painting the hospital red with their regalia simpathising with their colleague who is currently nursing injuries.

Unfortunately the news crew failed to talk to the victim as she was still unconscious.