A haulage truck was involved in an accident along the Harare-Mutare road in Msasa.

A reckless commuter omnibus driver went through a red traffic light resulting in the collision.

According to eye witnesses, the accident occurred in the morning around 6 am and people who were in the commuter omnibus were injured. 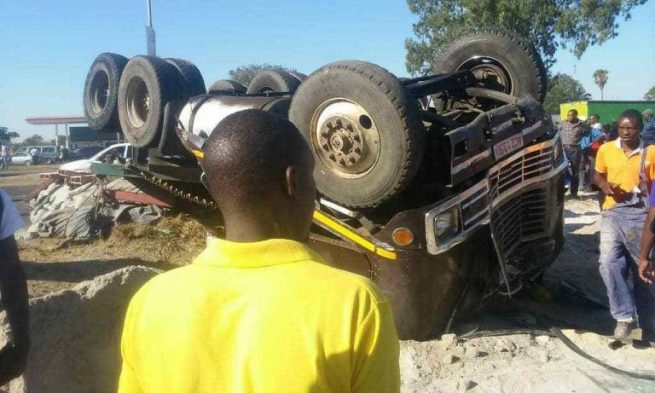 The driver of the haulage truck was lucky to escape alive when his vehicle overturned. 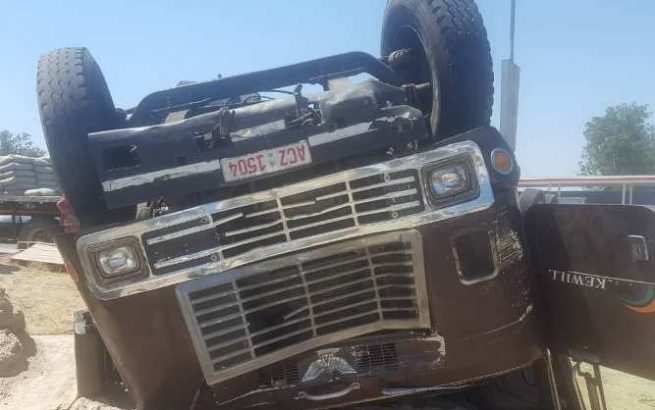 Concern has been raised over the increasing number of accidents that are being caused by reckless drivers who are flouting road regulations. 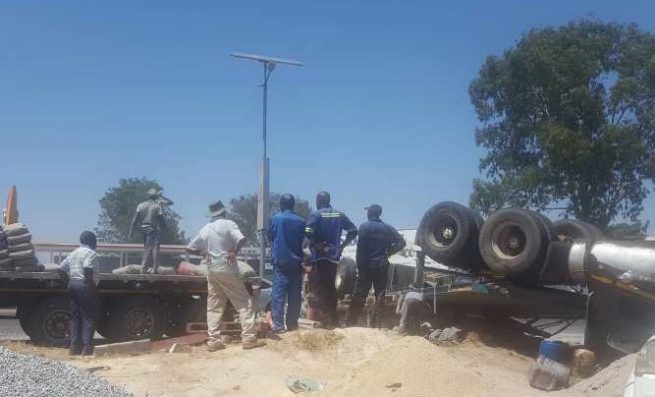