Mpilo Central Hospital doctors quarters went up in smoke this afternoon destroying more than half of the roof.

The situation was saved by a response from the Bulawayo City Council Fire Services who managed to battle and quell the ravaging flames. 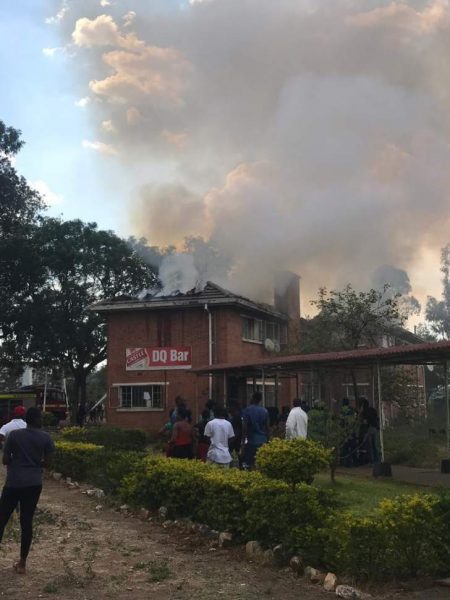 The Director of Bulawayo City Council Fire Services Mr Richard Peterson said they are still investigating what caused the fire.

The structure which was converted into a restaurant has been a well frequented dinning place for Mpilo medical staff.