OPPOSITION MDC co-Vice President Engineer Elias Mudzuri had to be escorted by security at the Africa Unity Square demonstration in Harare as party youths threatened him with assault.

The youths booed and shouted at him, chanting “tengesa uone mashura”.

Mudzuri was escorted by security into a Toyota Prado and left the event.

Meanwhile, the state-controlled Herald newspaper, notorious for advancing State propaganda, shamelessly sought to mislead its readers by posting pictures from earlier in the morning before crowds thronged the venue. 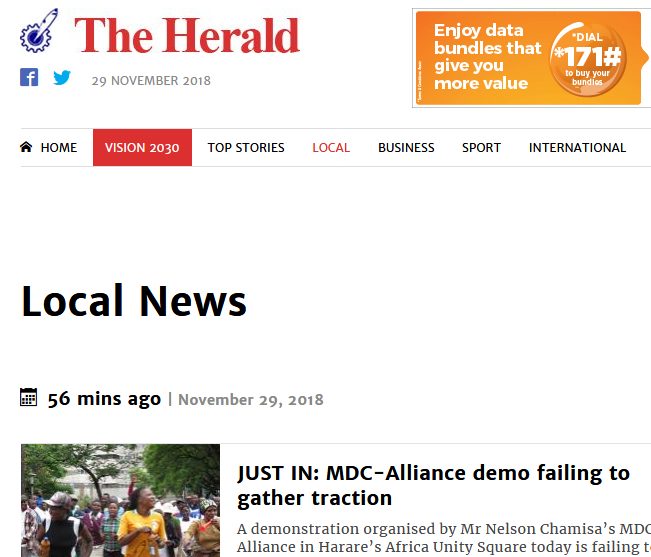