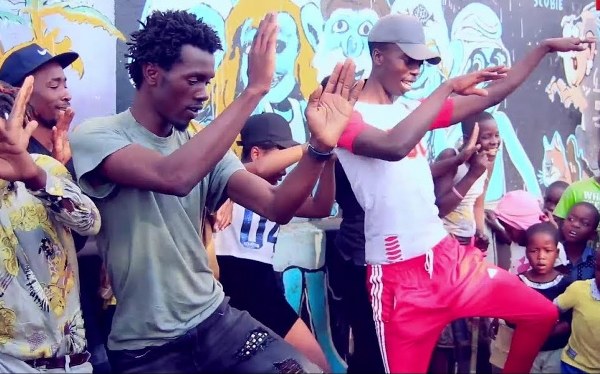 The chanter and his Chillspot crew were in the mining town over the weekend for a performance during a Miss Shamva beauty pageant.

It became panties galore, with several types and brands being exposed to the audience as the women gyrated to the now infamous song, leaving many, mainly a youthful crowd screaming.

“We were in Shamva for the pageant and we were all shocked by the scenes,” Chillspot’s DJ Fantan said.

The videos have since gone viral on social media getting mixed reactions.

The MaGate mania continued on Sunday at Club Sankayi with women outwitting each other in shaking their behind.

Some ladies brought their wrapping cloths, imitating the exact scenes on the video with water being poured on them.

Dancehall star Killer T joined Enzo Ishall on stage during his performance and sang along to the song much to the pleasure of music lovers.

Ever since the release of the song, several women have participated in a challenge, competing for honours in shaking their rears.

Enzo Ishall has made a name for himself in dancehall circles with a list of chart-topping singles last year that saw him getting rewarded in several music competitions in the country.

He came up with Smart Inotangira Kutsoka and Kanjiva which all did well and saw people dancing to them.