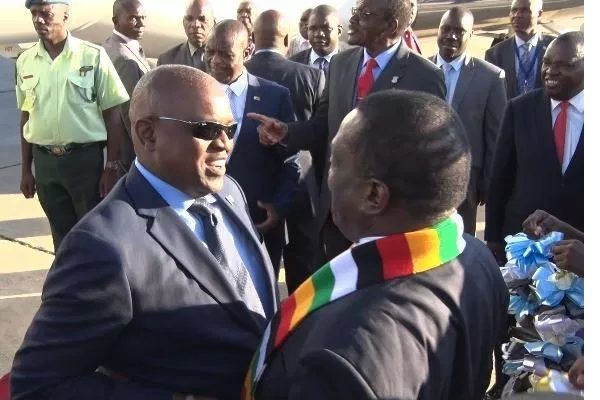 VICE President Constantino Chiwenga made his first public appearance since his arrival from India on Saturday evening.

Chiwenga had gone to India were he received treatment for an undisclosed ailment. The former military general was flown to India early this month where sources said he was having trouble swallowing.

The trip to India was confirmed by Deputy Information Minister Energy Mutodi who said Chiwenga was suffering from an abdominal ailment.

However, a medical source who spoke to ZimLive said when Chiwenga visited a hospital in South Africa he complained that his esophagus was “dry”. He told doctors he was struggling to eat.

Chiwenga was among the delegates who welcomed Botswana’s President Mokgweetsi Eric Masisi who is in Zimbabwe for the inaugural Zimbabwe-Botswana Bi-National Commission (BNC).

Below are pictures of Chiwenga: