The owner of the big brother of the Lamborghini family is still not known, although the car has been spotted in and around Harare’s northern suburbs, including a popular shopping centre.

It still did not have “number plates” although it could not be immediately established if all Zimra paperwork had been completed for the mystery owner to roam the streets of Harare.

The Lamborghini Aventador is powered by a V12 engine, which produces a 544kW and a 350km/h top speed.

Lamborghini says the Aventador S has been developed around a total control concept to provide a superior drive, ride and performance while every aspect of the car’s suspension and electronic systems has been advanced. 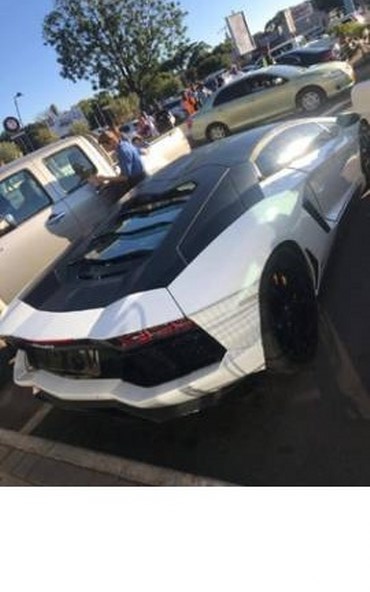 News Muza Mpofu - 28 October 2020 0
Jah Master’s camp says the chanter of the moment had a miraculous escape in Chinhoyi after being held hostage for three hours by menacing...
Loading...