Former Health Minister, David Parirenyatwa was involved in an accident at the traffic lights at Samora Machel and Bishop Gaul avenue in Harare. It’s not clear how it happened but some say Parirenyatwa crashed into two cars.

Parirenyatwa has been a long-time feature of former President Mugabe’s cabinet, where he was a health minister.

He continued into the President Mnangagwa administration in the same role from November 2017 up to after the July 2018 elections.

Thereafter, he got arrested on charges of criminal abuse of office. 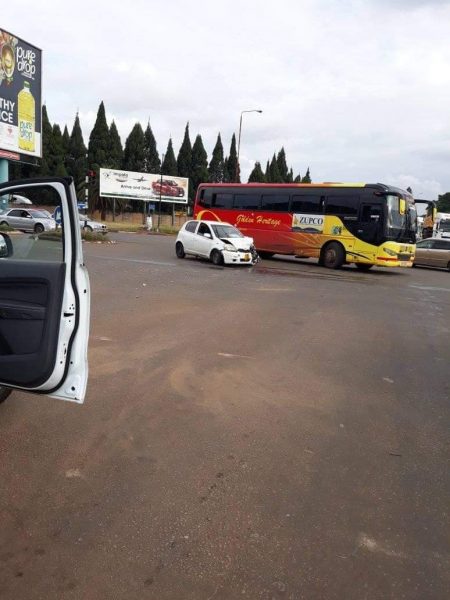 He still has a pending case at the courts.

News Muza Mpofu - 3 March 2021 0
CONTROVERSY and a Chipinge traditional leader are inseparable. Chief Mupungu, born Happyson Nxumalo of Makoho in Chipinge South is on the police wanted list for...
Loading...