PROLIFIC award-winning rapper and dancer Kikky Badass, real name Christabelle Mahlungwa, has shared steamy photos of herself as she celebrates her birthday.

In the birthday message to herself, Kikky writes: “A year older, a year wiser and a year badder PERIOD! Happy birthday Keeks” 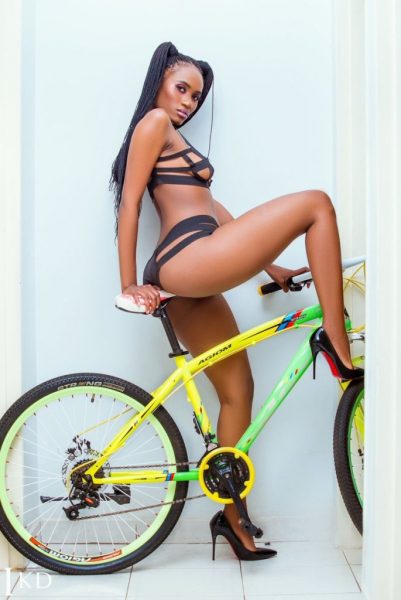 Kikky, who also starred in Enzo Ishall’s 50 Magate, leaves her fans wild imaginations with the photos which border on what Vimbai Zimuto has been doing of late.

Kikky is not new to controversy. At one point she was involved in a feud with fellow rapper Tiara Balluti over who was a better rapper.

The singer became the first female to win the People’s Choice Award at the Zim Hip-Hop Awards in 2017, where she also scoped Best Female Artist of the year at the same awards.

Kikky also left tongues wagging a few months ago after starring in Enzo Ishall’s Magate video, where she gyrates, with her bums wrapped in a thin linen cloth, leaving little to imagination.

Her dance routines also divided opinion, with many saying it was immoral and not fit for local television.