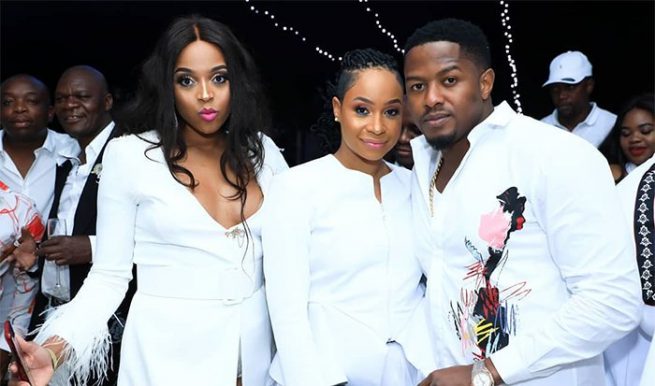 The queen of swagger, Pokello Nare, has opened up about what led her to divorce with Ghanaian Elikem saying the tailor was not ready to be a husband.

Pokello and Elikem, who met on the Big Brother Africa reality show in 2013 divorced last year after a four-year relationship. They have a son together.

During a question and answer session on her Instagram page, Pokello was asked by one of her more than 500 000 fans why she and Elikem broke up.

She responded: “He wasn’t ready to be a husband and unfortunately after four years of trying to be patient with all his transgressions, I just couldn’t do it anymore.”

The queen of swagger said although the separation was drama-filled, the two were now more civil with each other.

“I think we’re cool now. Some days are tense, but I think it’ll get better. He’s kinda seen the light over the past few months and he’s trying to do better,” she said.

After the breakup, Pokello revealed her new boyfriend — businessman Ronald Muzambe who is based in Dubai. Elikem also got engaged to another Zimbabwean, Edith Chibhamu.

“We met at a party. He just walked up to me and said ‘there was a time in life that I’d have done anything to have you. Now you’re here standing in front of me’.

“Apparently, he used to tell all the guys in the hood that ‘When I make money, I’m going to have that girl’. I guess some dreams come true,” said Pokello.

This past week, Pokello declared that she was the most beautiful woman in Zimbabwe, a sentiment which sparked debate on social media. Some of her fans wanted to know the secret behind her smooth skin.