AN image showing two soldiers and a civilian at the grave of the late former Vice President Dr Joshua Nkomo at the National Heroes’ Acre in Harare was photoshopped, the Zimbabwe National Army said yesterday.

The picture, which went viral on Monday when the nation was commemorating the 20th anniversary of the death of Dr Nkomo, shows one of the soldiers standing on top of the tombstone, while the other soldier and the civilian are sitting on the tombstone pedestal.

It sparked outrage from Zimbabweans on social media, who described the soldiers’ actions as “disrespectful” and “unacceptable”.

The late Dr Nkomo, a renowned nationalist and politician, died on July 1 in 1999 and was buried at the National Heroes’ Acre in Harare.

Meanwhile, more pictures of the soldiers on the late veteran nationalists grave have emerged. 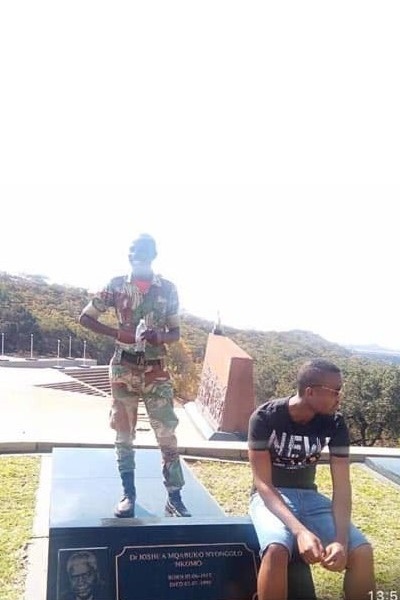 National Museum and Monuments national director, Dr Godfrey Mahachi said he knew nothing about the incident but emphasised that the National Heroes’ Acre should be treated with respect.

He said his department will investigate the matter and engage relevant authorities.

“It’s a shrine where we bury important people who have made tremendous contributions towards the independence of the country. Everybody should respect that,” said Dr Mahachi.