Mugabe was ousted as president of Zimbabwe two year ago after 37 years in charge of the southern African country.

On November 21, 2017, Mugabe bowed to mounting pressure and resigns in a letter to parliament, which was about to debate his impeachment.

Military generals had seized power days earlier after he fired then vice president Emmerson Mnangagwa, amid concern Mugabe was positioning his wife Grace to succeed him.

Protests turned into celebrations on the streets of Zimbabwe’s capital Harare.

Cheering crowds raced through the streets of the capital as the news spread. Britain and the United States welcomed Mugabe’s departure.

Mnangagwa returned to Zimbabwe from South Africa the following day, having fled after his dismissal two weeks earlier.

Mnangagwa was sworn in on November 24, 2017, setting out a programme that envisaged a reversal of many of Mugabe’s signature policies. However Mnangagwa has made Zimbabweans poorer than they were under Mugabe.

See Mugabe’s picture in wheelchair below. 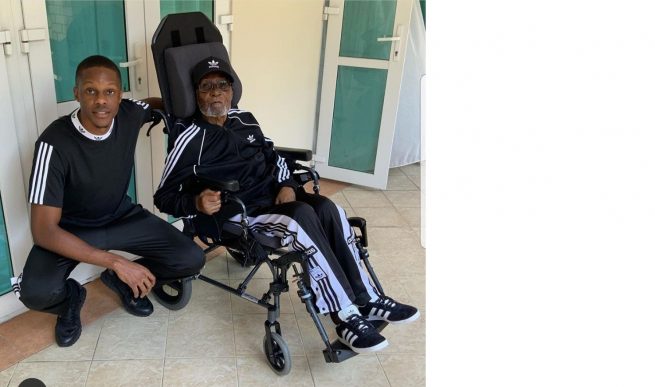