Human Rights lawyer Douglas Coltart was assaulted by members of the Zimbabwe Republic Police on Friday when he accompanied teachers from the Amalgamated Teachers Union of Zimbabwe to submit a petition over poor salaries to the Ministry of Finance.

Coltart who is a member of the Zimbabwe Human Rights Lawyers Association has represented ARTUZ members who are continuously arrested by the police. 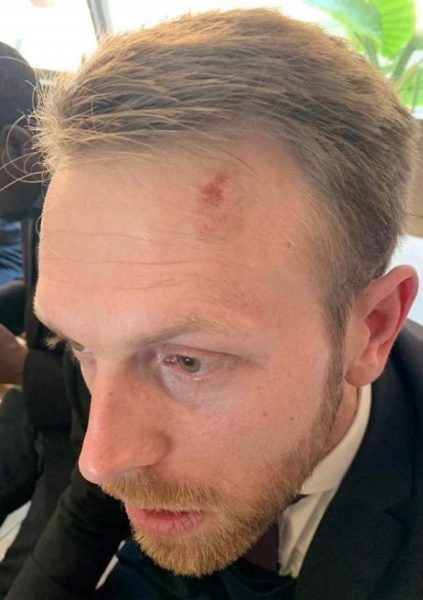 His father David Coltart said, “My son Douglas Coltart has been located by his senior partner Beatrice Mtetwa at Harare Central police station. He has been assaulted by the police as evidenced by these photographs taken by Beatrice Mtetwa. As I mentioned in an earlier post, he was representing ARTUZ in his capacity as a lawyer. The Mnangagwa regime has sunk to new lows.”