Dozens of Zimbabwe junior doctors are gathered at Parirenyatwa Group of Hospitals, and planning to march to the offices of their employer, the Health Services Board to present, among other issues, their inability to continue reporting for duty due to what they are calling “appalling and disgraceful” conditions of service.

The doctors have complained about poor salaries of less than US$200 a month, as well as lack of adequate or working equipment to do their jobs.

WHERE THE DOCTORS STORY BEGINS

With Zimbabwe’s economy continuing to experience hyperinflation, salaries of doctors and other civil servants have been continually eroded.

Although government has made several interventions that include hardship allowances to all civil servants, the implied annual inflation rate of 800 percent as estimated by independent economists, has continued to erode the salaries and allowances, leaving many earning less than US$100.

In responce to the doctors’ strike, HSB chairperson, Paulinus Sikosana admitted that government was facing challenges and was not able to pay better salaries, and has even gone onto allow senior doctors to do private practice, or bring private patients into government hospitals.

“We have a policy that allows senior doctors to do private practice. We have given them permission to do private practice, even during working hours. One would have thought that at least for them, that would have cushioned them more than the junior doctors. And they have right of admission to bring their private patients to some of the theaters, for instance, Parirenyatwa, and charge them. So one has to take that into account,” he said. 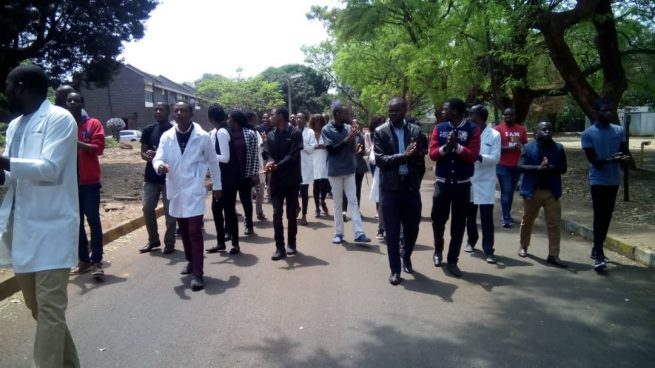