Scores of angry villagers last week filled Chitakatira Police Base demanding local police to take action against the increasing numbers of ritual killing of people in their area.

Many people have been killed by a suspected group of human slayers (mabhinya) since mid-August 2019. 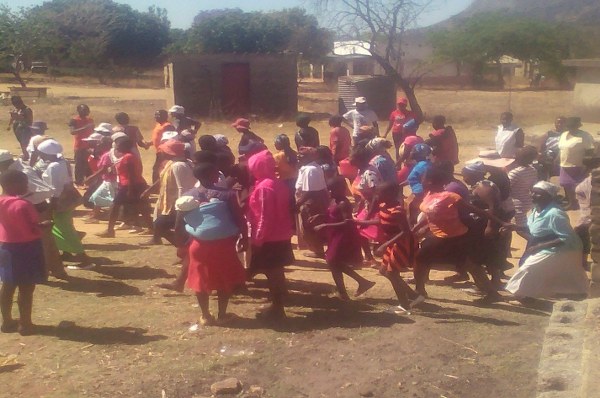 A church congregant who refused to be named for own security reasons suspects that Muponda was murdered even though post-mortem results were not yet out by the time of writing.

The female church member also expressed her concern about what she considered to be lax policing and investigative work by authorities.

“John was someone close to me. It’s so sad that he is no more. I am here out of anger. Why they are killing others like chickens,” said the congregant.

Local traditional leaders were also amongst the villagers who took part in the demonstrations.

One of them is Headman Simon Chigodora who described the situation in the area as a very weird one.

“We have not come here to damage police property. We just want to express our worries. Most of these people has relatives and friends killed by those criminals. More than three people were killed since the end of August. The Chigodora community needs police attention,” Headman Chigodora told TellZim News.