NETHERLANDS-BASED songstress Vimbai Zimuto has yet again left tongues wagging after she posted a stupefying nud_e picture of herself on her social media handles last Saturday as she celebrated her 36th birthday.

Zimuto is not new to controversy and it seems she loves it, lives it and indeed stalks her. The pic resembles the songwriter holding an African attire with her body painted in a silver coat artistic paint while the face has a bit of the silver shining paint and matching African attire colours. The background of the picture is a sea and fading mountains.

Most interestingly in the picture is the musicians flirtatious pose which wooed social media users to react.

The picture is accompanied by the caption, “Its my birthday ya’ll . . . Throw the birthday presents to my paypal. (vimzee19@yahoo.com Thank you,” wrote Zimuto.

With some referring to her as an attention seeker, she really managed to do so as she again trended but this time with many positive comments from the public, unlike in the past where she was lashed for exposing her body to the public.

Birthday wishes poured in for the artiste from all around the world.

One of her followers said, “Happy birthday Gal have a blast . . . keep shining bright like the diamond that you are,” reads the comment.

Favour Favour Favour wrote, “Happy Birthday Honey. Enjoy your day. I wish I could send u ticket you and the photographer and we take pictures on Dubai blue water beaches . . . Some day.”

Others urged her to continue with what she refers as “expression of art” as it is quite a good piece.

“Ahhh iwewe wakambotipao birthday present here kkkkk . . . happy birthday Vimbs have fun . . . yr tenacity is on point luv u gal..you do not let anyone deter you with their bad energy or words keep going n keep giving us those lovely shots . . . mwaaaaaa,” wrote one Farai Sheren. 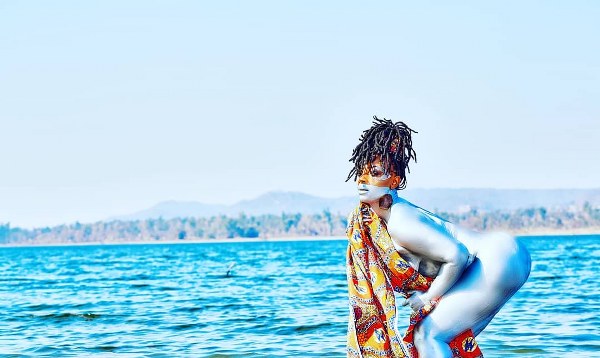 Whatever her reasons, hidden or expressed are, what is now known is Vimbai who has introduced herself through controversy, has got people’s attention as more and more want to know what she is all about, her music and all. This is not the first time she has stirred controversy as early this year after news that a Kenya-bound Ethiopia Airlines plane from Ethiopia crashed six minutes after take-off in Addis Ababa killing all on board did the rounds on Sunday, Vimbai posted a nud_e picture of herself mourning the death of 157 passengers who perished in the crash.

News Edmore Huni - 10 August 2020 0
THE Zimbabwe Prisons and Correctional Services (ZPCS) which has not been spared by the Covid-19 scourge, does not discriminate against any inmate but will...

News Muza Mpofu - 10 August 2020 0
The Communist Party of Swaziland (CPS) has thrown its support behind the Zimbabwean workers who are trying hard to make ends meet during a...
Loading...