In a scene reminiscent of the chaotic days of the fast track land reform in the early 2000s, a white farmer has been forcibly evicted from his farm in Chinhoyi. This happened on Wednesday.

Gary and Jo Hensman of Gypslander Farm in Chinhoyi were kicked out of their farm to make way for Moses Mpofu who claims to have an offer letter which was issued by the Government of Zimbabwe in October 2017. 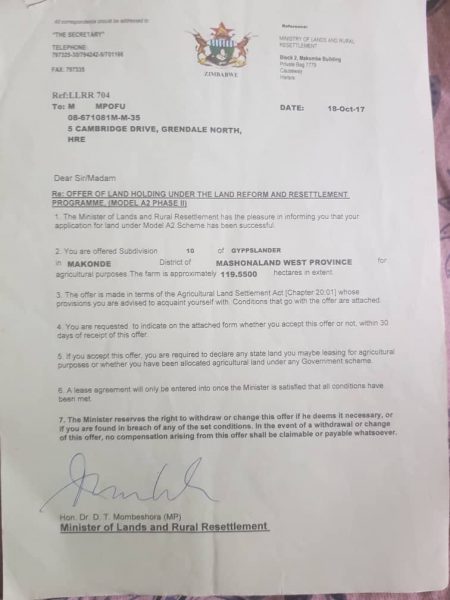