A CHIVHU family is regretting their children’s “success” after one of them was reportedly attacked by goblins for making it into the national chess team that travelled to Namibia recently.

Narrating their ordeal, Esther Tichaona, grandmother to twins Natasha and Natalie Choko explained how it all started. 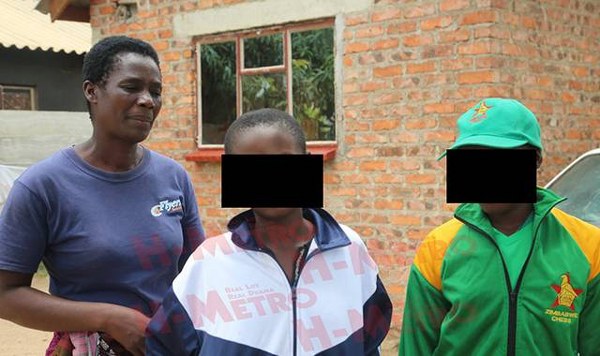 “I was living in Chivhu with my two granddaughters who both play chess.

“Everything was going on very well until they were set to go to Namibia if they won the national championship.

“Before they participated in the national championships, Natalie was attacked. She said she would see things and she suddenly decided to drop out of the team just before they went to Namibia. Akangoti handichada vakuda kuenda kuBindura kwakazosarudzwa team yaienda kuNamibia.

“However, Natasha decided to pursue her dream and she vowed that she will go as she was the captain for that team,” she said.

“When they went to Namibia that is when it all started, we were told that it was so bad to the extent that she could not continue playing.

“They said they would sleep around 2am every day until they came back. They said the situation was bad that it also affected the other children.

“We went to some spiritual people who were helping us from Zimbabwe and they would call and help her over the phone.”

Natasha was ranked in lower percentile overall after she only played two games which she won.

“When they returned from Namibia we went to people who we wanted to help the child. Each time she is under that attack she speaks in different voices,” gogo Tichaona continues.

She added that they had to move the twins to Harare to escape the attacks.

“So after they were brought here (to Harare) my niece came to Chivhu to help me since I’m old and had no one to look after me but suddenly she was also attacked.

Gogo said after seeing the seriousness of the matter she then deserted her home in Chivhu and is now staying with her daughter Wadzanai.

When H-Metro visited the family in Budiriro where they are residing now, the reporters were told that Natasha has been staying in Crowborough with one self-styed prophet who is reported to have been helping her spiritually.

H-Metro understands that the twins lost their mother when they were just a year old and their mother’s younger sister Wadzanai Tichaona took care of them until they started going to school and were taken to Chivhu.

The twins are said to have been looking after their grandmother who is now old and not feeling well.

“Since I am old and also not feeling well, I couldn’t do anything by myself. These children came to stay with me and they were the ones doing everything for me.

Natasha is a former Mudavanhu Primary School pupil who wrote her final grade seven examination last year and attained 10 units while her sister had 11 units.

They are supposed to be in form one this year but the family cannot afford to send them to school.

Gogo Tichaona is therefore appealing for help so that she can be able to see her granddaughter back at school.

“I want to see them succeed in life. They are good at school and very good in chess.

“If they can be able to go back to school and achieve their dreams I will be happy. I am also appealing for spiritual help so that they are freed.

“My granddaughters are intelligent. They were doing fine in both Chess and at school. But I don’t know why people do this.”

Contacted for comment, the official who went with the team to Namibia refused to talk to the media.

A villager who spoke to H-Metro on condition of anonymity said most children in Chivhu no longer want to play chess.

“It is a sad story indeed. Most pupils here in Chivhu no longer want to play chess they are thinking this is what happens to everyone who does the sport. If there are people who can help this family please do.

“We want them to become a testimony.

“Even the teacher who went with the children to Namibia is also being targeted,” said the villager.

News Muza Mpofu - 14 June 2021 0
Beverly ‘Bev’ Sibanda’s marriage with her husband, Chambuka Mufudzi has crumbled after 13 months. She got married in May last year before holding a court...
Loading...