Man of God Apostle Talent Chiwenga openly attacked the Ndadhinhiwa Prophetess Memory Matimbire saying that she is a hure.

Chiwenga said this during his Sunday Church service. He said the woman of cloth who is popular with women mostly sleeps around and fornicates with politicians. Chiwenga has accused Memory of indirectly supporting the army despite its wicked acts which has caused the government arm to be hated by many. 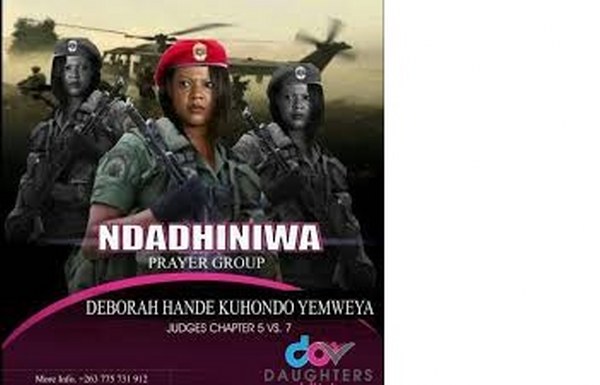 Chiwenga mocked Matimbire for advertising her sermons whilst wearing the national army uniform, he said Satan cannot be shot using her guns and does not fear the army uniform. Everyone in Zimbabwe had lost respect for the army even small children. Chiwenga openly called Matimbire a spiritual fornicator.