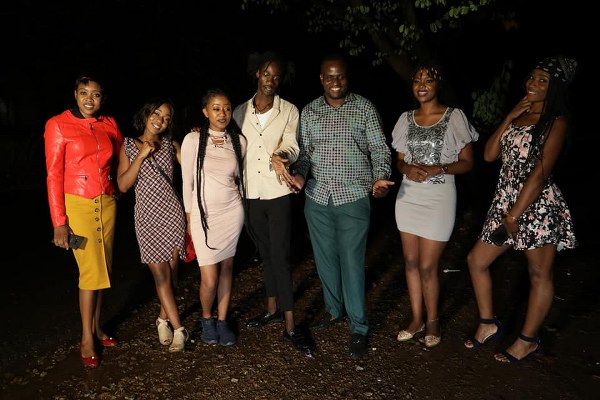 GOODNESS and Mercy Ministries founder, Prophet Tapiwa Freddy has released a controversial video where he appears dressed in a woman attire.

The video ‘Zvakwana’ is off his 8-track album titled ‘Area One’ expected to be released in April.

Prophet Freddy vowed to use anything within his measure of grace to minister to the world.

“I am still in the studio, one of the dark areas where something bright and powerful to turn the world is being prepared.

“The video is paving way for an 8 track album to be launched in April at Harare Gardens,” said Prophet Freddy.

On appearing as a woman, Prophet Freddy said:

“I received positive and negative comments on the short video clip of the song on my Facebook page and I thank all constructive criticism since I am not stopping in spreading the word of life through music.

“I remained original in my voice described by many as of a female and this went well with my song and female attire footages in the video,” he said.

On the negative comments and cyberbullying, he said:

“All I want to say to people is that cyber bullying is very bad. You should not call anyone names, be it a prophet or anyone it’s not good,” said Freddy.

There were some who felt he was promoting gays and lesbians.

“The song is about a woman who is being abused by her husband but the wife is trying to knock some sense into the husband’s head by trying to reconcile with him.

“I played a two in one role in the video, where I played the part of both the woman and the husband as well.

“I had to partake both roles but I knew that there was no one who was able to perform that role at all that is why I had to do both roles on my own. No one would have managed to that.

“That is why the video only involves three people, which is me and my two daughters.

“So yes I have achieved to pass my message.

“The act is not ungodly because in relation to music I have to say out my mind. So if people are attacking art, it’s unreasonable.

“I’ve noticed that in Zimbabwe most people do not understand the concept of art.

“Myself I understand art that is why I help a lot of different musicians,” he said.

Freddy said that the concept came out the way he intended it to.

“Yes I am confident that I’m managing to portray the message to the people.

“It’s something new that has never happened in Zimbabwe that is why it is drawing a lot of attention from people.

“But as long as the intended message reaches out to people then that’s art,” he said.