A 29-YEAR-OLD Guruve woman was arraigned before Guruve resident magistrate Shingirai Mutiro for scalding her husband with hot water over toilet se_x.

Talent Chinemwamwasa (29) of Nyamuseve village ,Chief Chipuriro Guruve was not asked to plead on domestic violence charge. She was remanded in custody to February 24 as the State, being represented by Carson Kundiona opposed bail citing that complainant is still hospitalized and that accused could interfere with state witnesses. 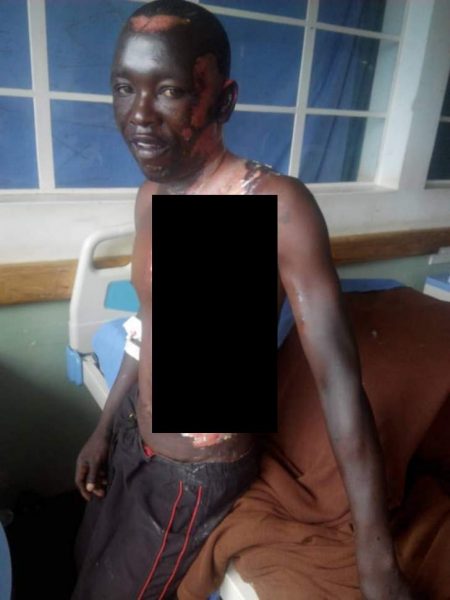 According to court papers on February 17 the complanaint Last Muzeza arrived at his homestead around 11pm and figured out that his wife was not in the house.

He went at the back of the house where their toilet is situated and saw the door slightly opened.

Muzeza called his wife who shouted saying she was having a stomach ache, he then waited for a few minutes and heard funny noises coming from his wife and her boyfriend who were reportedly intimate.

His wife also ran away for a few minutes and came back hours later after he had retired to bed.

She knocked at the locked door and Muzeza told her to go to her boyfriend’s house.

The wife went into the kitchen and boiled water in a tin before seeking help from neighbours.

With the help of neighbours the wife came and knocked on Muzeza’s bedroom window which he opened and started talking to his neighbours.

While talking with neighbours Chinemwamwasa scalded her hubby with boiled water.

Muzeza sustained burns on the face head and stomach and is currently admitted at Guruve general hospital.

News Nelson Bhebhe - 18 June 2021 0
One person died on the spot when a haulage truck developed a break failure at Valley Lodge near the Forbes Border Post and rammed...
Loading...