Khupe’s political career, which was heading into oblivion based on the outcome of the 2018 elections, received a new lease of life after the Supreme Court shockingly gave her authority over Nelson MDC Alliance legislators.

As part of the rituals at Tsvangirai’s graveyard, Khupe prayed to the late former Prime Minister, pledging to continue with the work that he left. She said:

“We are going to work together. We will remain united and solid like a rock and we would like to promise you that we will not let you down.

“That is why we are here, I and my colleagues…”

See the pictures below: 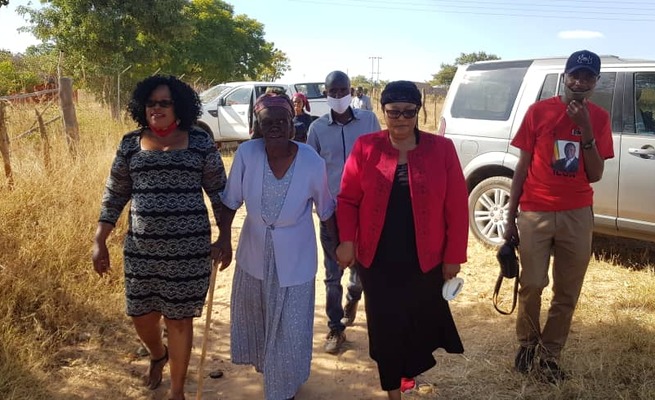