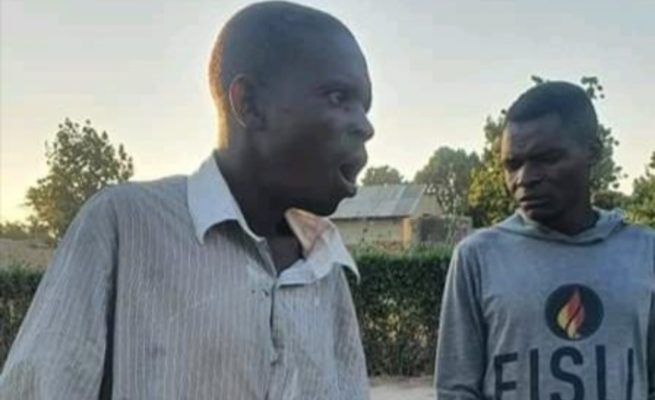 A PLEA on social media for raising funds to help comedian Marabha with medication for a suspected brain injury has raised over US$600 in just 24 hours.

Marabha is suffering stroke-like symptoms after being reportedly struck by a brick during a robbery which targeted him a few weeks ago, those close to him have revealed.

Pictures and videos of the yesteryear comedian Marabha, real name Charles Milisi, show that his coordination has been affected by the injuries.

His workmates mainly Kapfupi and DJ Shugeta of National FM have been working towards raising funds for his medication, and social media platforms were from yesterday inundated with pleas for assistance.

In one of the pictures, Marabha is seen lying helplessly on a sack laid on the ground.

Marabha recently reunited with his acting colleague Freddy Manjalima “Kapfupi” in a bid to raise awareness on the Covid-19 pandemic.

“I can confirm that our staffer is suffering from mental loss after he did not complete his medication from a previous attack he suffered while we had parted ways,” Manjalima said.

“We have taken him to Omega Medical Centre where he is currently receiving treatment but the situation is pathetic and needs a collective approach in dealing with hence people in the arts sector should unite and assist him.”

Unconfirmed reports say that his wife deserted him and is currently being looked after by his brother.

Manjalima said they are trying to assist him but cannot fully support him as he also needs everything from clothing food and shelter.

“Marabha is a very essential member in the arts industry but his life is not a pleasant one at the moment. The whole of Zimbabwe should chip in because our organization alone cannot see him through this difficult time in his life,” lamented Manjalima.

Marabha and Kapfupi both rose to fame in the early 2000s through comedy acts that were screened on ZBC TV. Kapfupi later on went into music.