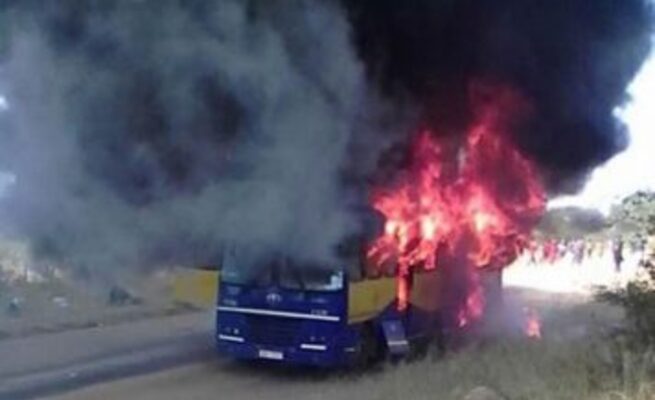 Dozens of people escaped unhurt after a ZUPCO bus was severely damaged in a fire in Gweru on Sunday.

A fire crew put out the flames but it was too late to save the bus which stopped in the middle of the road close to the CBD, reportedly after a mechanical fault.

Passengers abandoned the bus after it began filling up with smoke, and watched as it was quickly engulfed in fire.

The incident took place at around 4.30PM.

Police said no-one was injured in the incident and an investigation was underway to establish the cause of the blaze.