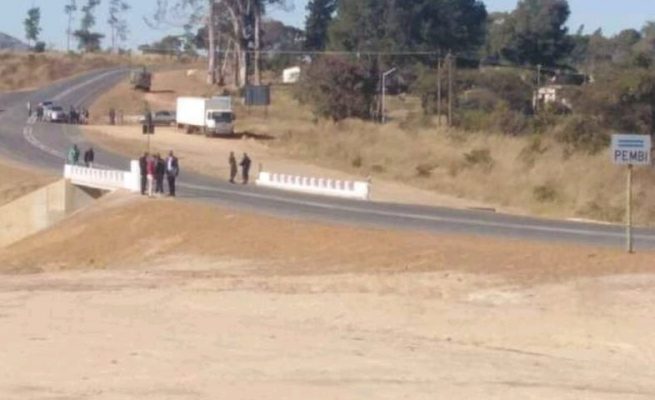 VICE-PRESIDENT Kembo Mohadi yesterday stood in for President Emmerson Mnangagwa to officially open a bridge constructed at a cost of US$1,8 million in Mvurwi, Mashonaland Central province, with experts questioning the cost.

Transport minister Joel Biggie Matiza was also present to open the bridge whose construction had been in the pipeline since 1977, but only started in 2016 under the late former leader Robert Mugabe.

While Mohadi was officially opening a bridge in Mashonaland Central, Mnangagwa was receiving 5 000 motorbikes in Harare for agriculture extension officers across the country.

Citizens immediately took to social media questioning the cost of the bridge, with most claiming it could be highly inflated.

In a speech read on his behalf, Mnangagwa, who last week made headlines for gathering all his government ministers to receive plastic water buckets, said the government was committed to providing modern infrastructure to spur economic growth as envisioned in vision 2030.

“My government continues to prioritise the allocation of resources for infrastructure projects. It is pleasing that we are undertaking various projects in particular roads and bridges in all our provinces using our own resources with no help from outside financiers or investors,” Mnangagwa said.

“The completion of this bridge is a notable achievement which will have a positive impact on the accessibility of this area and enhance the safety of road users.”

Mnangagwa emphasised the need for growth in agriculture, mining and tourism through the transport sector.

“The completion of the bridge will facilitate the acceleration of the growth of agriculture, mining, tourism and other sectors in Guruve, Mbire and Muzarabani districts of Mashonaland Central province,” he said.

“I, therefore, challenge the surrounding communities to play an active part in their development through economic activities that will meaningfully contribute to the provincial GDP (gross domestic product) as well as improve their income base and quality of life.”

The bridge links various districts in the province as well as other areas in the country.

Mnangagwa has snubbed several meetings in Mashonaland Central province since he took over in a military coup in November 2017.

He has only managed to attend the Bindura University of Science Education graduation ceremony in 2018.

It could not be immediately established why Mnangagwa is snubbing the province that gave him the highest presidential votes and all the parliamentary seats.