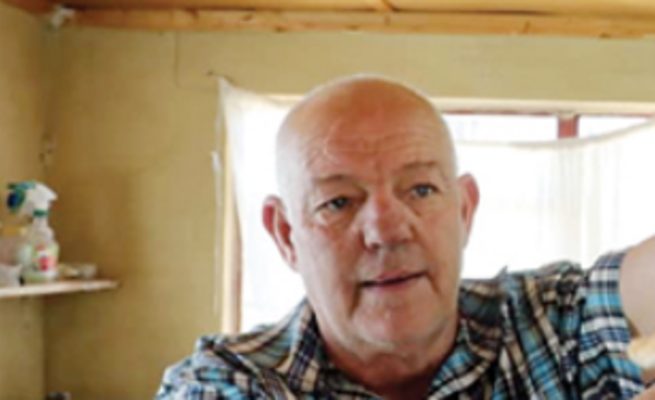 For the majority of people, the mere sight of a snake freezes the blood and sets panic bells in the brain.

The slippery serpentine motion, the uncovered eyes, and the flickering tongue can be enough to trigger a heart attack.

Not for Mr. Norman Crooks (67) from Bulawayo.

When others quickly take a direction away from the sometimes poisonous reptiles, Mr. Crooks is happiest to approach snakes.

With skill and an Inyanga brew poured into his blood, he has survived dozens of snakebites.

What began as a childhood pastime 60 years ago has now grown into an income-generating project for the Bulawayo-based self-trained snake trader.

Dealing with snakes is not only an unusual and daring experience, but also a passion Mr. Crooks developed at a young age. He has always gone to great lengths to raise awareness of the importance of all animals in the ecosystem.

At the age of seven, Mr. Crooks had his first experience of catching a snake. He later developed an interest in dealing professionally with snakes, which led him to investigate their eating habits and living conditions.

Mr. Crooks caught his first dangerous snake at the tender age of 1
3 and it was a puff adder. It was the greatest moment in his life.

Over the years he cultivated his passion and knowledge before deciding to go commercial 15 years ago.

He had realized there was a niche in turning his hobby into a business that makes money.

However, he has been providing free snake removal services in Bulawayo for many years.

Today Mr. Crooks is one of the most experienced and sought-after snake traders in the country. It is believed to have the largest collection of snakes in Zimbabwe with 60 different local and exotic species. Mr Crooks prides itself on being the only snake dealer in Zimbabwe to have a yellow anaconda in its collection that he imported from the United States.

A yellow anaconda (Eunectes notaeus), also known as the Paraguayan anaconda, is one of the largest snakes in the world in South America. It is not poisonous and it kills its prey by constricting it.

Anacondas are mostly featured in Western films and documentaries on the National Geographic television network.

Most of the snakes he keeps at his home in suburban Burnside are exotic, with some local ones like the black mamba, python, and mole snakes. Some of the species that are part of his collection include white-lipped tree vipers, Mexican mountain king snakes, California king snakes, corn snakes, and Ukrainian rattlesnakes. Others include Gabonese vipers, diamond snakes, Pacific rattlesnakes, and Dumeril’s boa, a non-venomous species of boa found in Madagascar.

While in most African countries a snake represents evil practice in which many people reject snakes, it is a different story for Mr. Crooks.

“I had my first experience at the age of seven when I started catching snakes. When my parents saw that I was taking my hobby seriously, they took me to a local female Inyanga and she applied some substance to one of the veins in my wrist, ”he said.

“Dealing with snakes doesn’t necessarily require a special skill, but the trick is that the handler must ensure that he or she is not bitten and that the snake itself is not injured during the detection process so that it can safely enter to be released from its natural habitat. “

Although some snake dealers in the country charge between $ 10 and $ 20 for snake removal services, Mr. Crook does this for free as part of community service.

“There are many tactics when it comes to catching snakes, such as tailing, which involves holding a hook in your right hand, hooking your neck, and immediately catching the tail. I think it’s safe and I also put on protective shoes as snakes mostly bite the lower leg, ”he said.

“I have been bitten many times by cobras, puff adders, night adders and a royal brown snake from Australia. However, other than the infection, the bites didn’t affect me. Four months ago, part of my fingertip had to be cut off after I was bitten by a snake in the United States. “

Mr Crooks believes that dealing with snakes is actually one of the unique types of conservation work that is often overlooked. He said snakes play an important role in maintaining the delicate balance in the ecosystem.

“I have around 60 local and exotic species. However, as an expert in this area of ​​snake handling, I have always tried to educate fellow human beings about the conservation of reptiles in general and teach them that snakes, like other animal species, play a role in nature, such as curbing infestation in rats and mice. ” he said.

Mr Crooks said snake dealers play a role in educating communities about the importance of protecting snakes, especially endangered species like the Gabonese viper, which are highly venomous but docile. In India, they are also being used to develop a cure for cancer. An antidote is also developed from them.

“With increasing human encroachment on rural land, the snake population is decreasing. People kill them at will and some are regularly killed on the streets where they lie for warmth at night and during the day. In fact, all snakes around the world are endangered, ”he said.

He feeds his snakes day-old chicks, rats, mice, lizards, and frogs, and spends about $ 500 a month on their maintenance.

Mr Crooks also runs a Victoria Falls-based business called Snake Pit on Crocodile Farm, which was generating about $ 1,500 a month prior to the Covid-19 outbreak, which hit tourism due to global travel restrictions.

After the government gave the go-ahead for the entire tourism sector to reopen, including domestic and international airports, Mr Crooks hopes his business will be back on track for growth. Every year, Mr. Crooks takes school children on an educational tour of his facility in Bulawayo.

“My organization is based on educating the public about snakes, identifying snakes and even dealing with snakes. I also train people in handling and removing snakes from people’s homes in cities and rural areas, ”he said.

He warned that due to environmental problems such as deforestation, land degradation from mining, field fires and indiscriminate human killing, there might not be snakes in the not too distant future.

“The snake population is decreasing rapidly. Some species such as pythons and black mambas are rare today. The populations of cobras and puff adders are also declining as they are close to human contact, ”said Crooks.

According to Crooks, the deadliest snakes in Zimbabwe are the black mambas, and their neurotoxic venom is extremely potent, crippling the nervous system and shutting down the lungs, ultimately leading to death in less than an hour if left untreated. Black mambas are large, agile, and aggressive snakes.

He said while snakes are major players in the ecosystem, their bites can be dangerous and urged snake traders not to be complacent about snakes.

“In some cases, people show worse symptoms of the poison after being repeatedly stung. About 20 percent of all people will react seriously to snake venom. This is called an anaphylactic reaction, which can kill you in 15 minutes, ”said Crooks.

“So, yes, snake dealers can’t be complacent about snakes because 90 percent of all snakebites except India and Africa are people who handle them or try to kill them. There are plenty of friendly snakes out there too, but they don’t like to be welcomed like most wild creatures. “

Mr Crooks said other deadly snakes in Zimbabwe are cobras and puff adders, which have cytotoxic venom that destroys body cells.

“If someone is bitten and not treated immediately, the limb can be amputated. It is responsible for many snake bites in Africa. Cobras carry neurotoxic poison that affects the respiratory system. These snakes bite the lower part of the leg. First aid has to be given whenever you are bitten by a snake, ”he said.

Mr Crooks said that snakes are usually active in summer because it is mostly their breeding season and there will also be plenty of food like frogs. In the forest, black mambas usually hide in rocks and pythons prefer quiet surroundings.