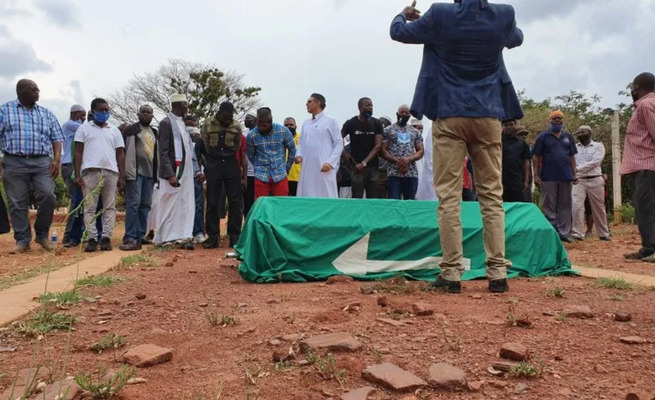 The remains of Mitchelle Moana Amuli, the late Zimbabwean fitness trainer and video vixen were buried at Warren Hills Cemetery this Saturday.

Mitchelle who was affectionately known as Moana began the journey to her final resting place this morning at Parirenyatwa mortuary where she was escorted by family and friends to her mother’s house in Highfield.

From Highfield, Moana’s body was then taken to a Mosque from there it was taken to Warren Hills Cemetery were she was laid to rest according to Muslim burial rites.

In the end, the burial was simple and dignified.

Moana died together with three others when late businessman and socialite Genius Ginimbi Ginimbi’s Rolls Royce was involved in a horrific car crash along Borrowdale Road in Harare.