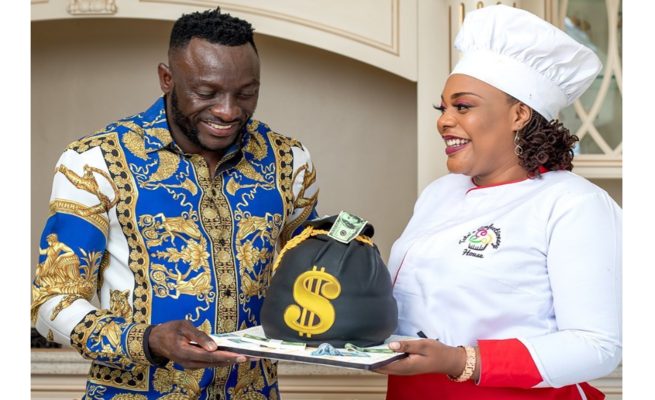 When 36-year-old businessman Genius Kadungure breathed his last a few weeks ago, there were unanswered questions on who was likely to inherit his business empire and multimillion-dollar assets since he neither had a wife nor child.

His family vehemently made it clear that he had not sired any children during his lifetime.

“As far as I know, Genius did not leave behind any children. I heard through rumours that he had children everywhere, but I was never introduced to any of them,” Mr Anderson Kadungure, father to Genius, recently said.

However, The Sunday Mail can exclusively reveal that the showy entrepreneur actually had a son in 2011 with a Gutu-based businesswoman, Miyedzo “Miye” Madondo – daughter to a once-successful Masvingo businessman, Elias Madondo, who is late.

The two lovebirds met in 2006 when she returned from New Zealand.

“They (Genius and Miyedzo) were madly in love. They enjoyed their r0mance and we all adored it. They both tattooed each other’s names on their arms. That shows the level of affection they had for each other,” said Madondo family members, who elected to remain anonymous.

But, the Romeo-and Juliet fairy-tale unravelled when the baby was born.

It seemed Ginimbi’s head had been turned.

Miyedzo refused to open up during an interview at her farm in Masvingo last week, saying the timing – especially when Genius’ estate was being distributed — would likely result in negative connotations about the motive.

“I hope this visit is personal and not about Genius because that is a closed chapter,” said a teary Miyedzo, who was choking with emotions.

“Maybe someday I will tell you all about it, but not now, I just can’t.

“I was born in a family with everything that I needed, so we are OK. We don’t need anything, so please just leave us alone.”

She then referred all questions to her aunt, who lives in Madondo Village in Gutu.

“It is not a secret – everyone knows. Even if you ask people around the village and at the (Gutu) Growth Point. It’s known that Ginimbi is the father of our boy,” said the aunt.

“I was introduced to Genius right here, on this compound, in this hut. He was here all the time. After dumping Miyedzo for another woman, he later tried to be involved in his son’s life.

“We wanted to attend the funeral but the Genius he had become was different from the Genius we knew. We feared his relatives could be hostile as some were likely to think we were after his money.”

Other relatives and family friends in Gutu corroborated the story.

“You are talking about someone you read in the media and I am telling you about someone I knew personally. I drank beer with him and we used to party in some of Gutu’s humble night clubs,” said one Dhunzi, who claimed to be Miyedzo’s niece.

“Everyone here knew that Ginimbi and Miyedzo were inseparable; they were madly in love.”

The Sunday Mail was taken to Madondo Hotel — owned by Miyedzo’s family — where Ginimbi reportedly used to camp for days on end.

“During those days, the guy was broke. He drove Miyedzo’s cars (BMW X5 and Dodge Nitro) and used her money to buy expensive clothes,” added Dhunzi.

“But we loved him because he was kind and generous. From whatever he got from Miyedzo, he would find something to give us. Ginimbi always had exciting ideas.

“The only thing that saddens us is that he milked our sister dry and ran away. It is more painful to think that he went on to enjoy that money with other women.”

A former driver at Kadungure’s Pioneer Gases, who only wanted to be identified as Mike, claimed that Miyedzo also invested in the gas company.

“Miyedzo thought the investment was registered in both their names but she didn’t know that Ginimbi had taken everything.

“At the time, she thought the relationship was growing into something, but the guy left her. She was heartbroken.”

Mike said Ginimbi appeared to have already been involved with the mysterious woman even before the unexpected break-up.

“I vividly remember when I drove her to Greystone Park in Harare where Genius was now staying, only to find people getting down at an all-white party.

“That was the very first all-white party that Ginimbi held. Miyedzo was hurt because she did not know about it and that older woman was there.”

With time, Genius warmed up to his son.

Mike added: “He loved the boy and he did everything for him, from buying expensive cellphones and other gadgets.

“As we speak, he had bought him a drone as a birthday present and it will be delivered anytime soon.

“We drove several times to Harare where he would meet his son and catch-up.”

Several other Madondo family members said Ginimbi used to be one of their own.

In August 2014, the flamboyant businessman posted a photo of himself and the child and captioned it “my son”.

But for the Kadungure family, this seems to be an unknown chapter in Genius’ life.

“I didn’t see any child. As his brothers, we were always moving around together and I never saw any.

“If there were any, then they should come forward because our doors are open. We said no one was going to be chased away,” said Clemence Kadungure.

Last week, Ginimbi’s relatives and other beneficiaries of his estate unanimously accepted an unsigned will recently filed at the Master of High Court, which gives “Kit Kat”, a friend to the deceased, the newly acquired Lamborghini.

All other assets were placed in a Trust, under which will be the bulk of the assets, including the Domboshava mansion, cars and companies.

The mansion will be converted into a hotel.

Ginimbi’s father, according to the will, is entitled to 10 percent of funds generated by the Trust, while Ginimbi’s sisters – Nelia and Juliet — will get 60 percent and 30 percent respectively.