A large crocodile was found in the house of a late school head in Zananda Village, Ward 7 in Shurugwi under Chief Nhema at around 8pm yesterday.

It is not clear how the crocodile entered a bedroom in the late Marandure’s house as people at the homestead are saying that doors were all closed. 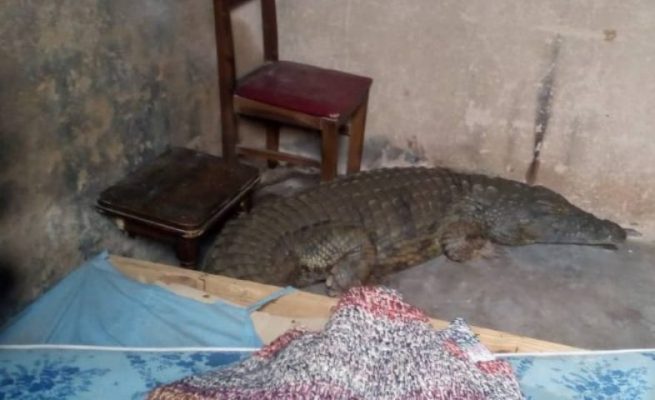 The house is about 400 metres away from Zananda Dam.

The councillor for the area, Jabulani Muzwezwe confirmed the story and said that the reptile is still in the house waiting for the National Parks to come and collect it.

“I am at the scene since morning waiting for the Parks Department. Everyone wonders how the crocodile entered the house because residents are saying the doors were closed,” said Muzwezwe.

The crocodile was discovered by one of the late Marandure’s daughters.

Anna Marandure the widow of the late head could not be contacted for comment.