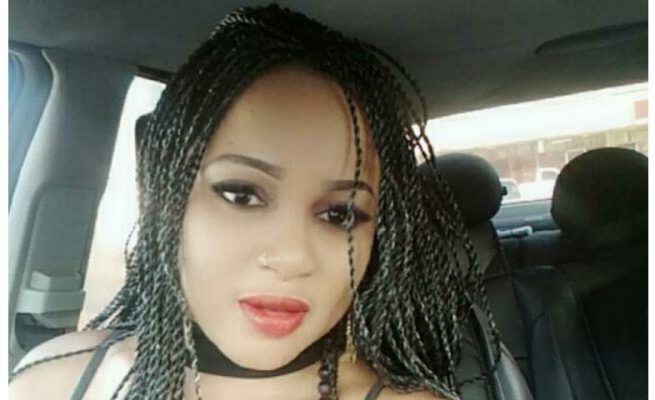 A RAGING paternity row between Lady Storm and a South Africa-based car dealer recently took a new turn after DNA results came out in the latter’s favour. ­

The dealer, Luckmore Pongolani, said he decided to break the news as the dancer was reportedly contesting the results insisting on further tests.

Contacted for comment, Lady Storm said she would not comment on the issue to safeguard her daughter’s life.

“I don’t have a comment about that issue because it involves my daughter and there is even a deeper issue to that so I would rather keep my comments to myself at the moment,” she said.

Speaking to H-Metro from his Cape Town base, Luckmore claimed his baby mama Lady Storm — real name Lyn Fungisai Magodo — has been “fleecing” other men using their three-year older daughter.

“I have just called you to clarify on my paternity row with Lady Storm, which has been raging on for the past three years.

“As I have always maintained from the start that DNA tests should be conducted, she has not been cooperating insisting that Mukanya (Tinarwo Gotora) who was married to her was the father since he provided for her needs before they split.

“I was ridiculed in the media when I mentioned that I was the father as many people claimed I was an attention-seeking person who wanted to wreck her marriage.

“I have never stopped seeking the truth since other men also claimed they fathered the child.

“At some point, she came to stay with me claiming I was the father and I needed to find the truth,” he said.

Luckmore said he also decided to open up on the paternity row for the sake of their daughter he claims Lady Storm exposes to her alleged immoral acts.

“My daughter’s life is at stake and that’s why I decided to take this action.

“Lady Storm has been nagging me asking for money but she always changes her mind after receiving what she wants from me.

“She once came here (South Africa) and that’s when I realised she was also claiming money from another guy in South Africa called Denzel and another old man in Harare.

“It appears she had been having unprotected se_x with other men at the same time and I am, glad that I am HIV negative otherwise it could have been another story,” he said.

Asked how he convinced Lady Storm also known as Eriza to partake the DNA results, he said:

“Firstly, I contacted her so that I could send blood samples to Lancet here in South Africa since I have offices here but she didn’t cooperate.

“I then contacted Global DNA Zimbabwe with her blessings and the results came in my favour.

“­The only problem now is that she is contesting the results insisting that she wants to go for another test with Mukanya,” he said. Added Luckmore:

“What is bothering me now is that she has shifted goalposts insisting that I am supposed to compensate Mukanya for the lobola he paid for her.

“To be honest, I won’t compensate another man because I have been deprived access to my daughter for a while and her mother’s lifestyle worries me.

“I have also learnt that Lady Storm gives my daughter beer especially ciders and that she talks vulgar in the presence of our daughter which is grossly unfair.

“In short, all I want is custody of my daughter, I didn’t want to share this with the world for our daughter’s sake, but it was Lady Storm who started it when she told a Zimbabwean daily paper that I was not the father,” he said.

With Lady Storm preferring to remain mum on the issue, Global Diagnostic Centre Zimbabwe representative Mugabe confirmed the dancer was contesting the results without proof.

“From my findings, Luckmore is the father even though the woman is disputing them. She claims they held other tests locally but she could not provide any further proof to justify her claims and bring the matter to finality,” said Mugabe.