President Emmerson Mnangagwa this week officially opened a bridge in Karanda. The event attracted the ire of Zimbabweans on social media who criticized the president for wasting time officiating low-value and low-quality projects.

The official opening of the 180 meter Karanda bridge was used to launch the government’s Emergency Road Rehabilitation Program 2(ERRP2). The bridge crosses the Ruya river.

According to a government official, Nick Mangagwa, the bridge “massively reduces the distance from Bindura to Mt Darwin using Rushinga Road.”

“Today Mnangagwa is officially opening this bridge in Mashonaland Central! I disagree with his Government’s policies, but he remains Zimbabwe’s president. It is at that point where I am deeply disappointed that a whole president would go to open this bridge, the work that should belong to a councillor. This defines how we are scrapping the barrel for good things!

“Imagine the fuel and the allowances that will be spent going there!🤷🏿‍♂️ All for this bridge which two vehicles can’t cross at the same time?” 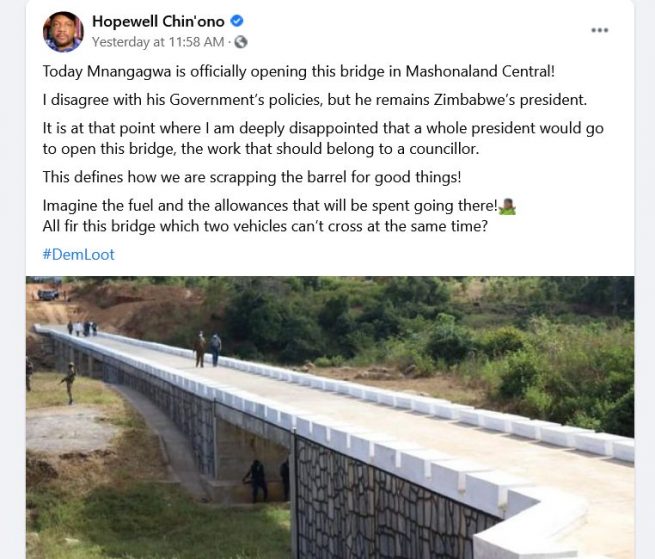 “My issue with this government is its penchant to celebrate mediocrity. Karanda stonewalk was built 2 yrs ago and Mnangagwa wanted to open it in December 2019 but it was swept away (US$5m). Instead of cracking the whip, they gave them more money to do same shoddy stuff.” 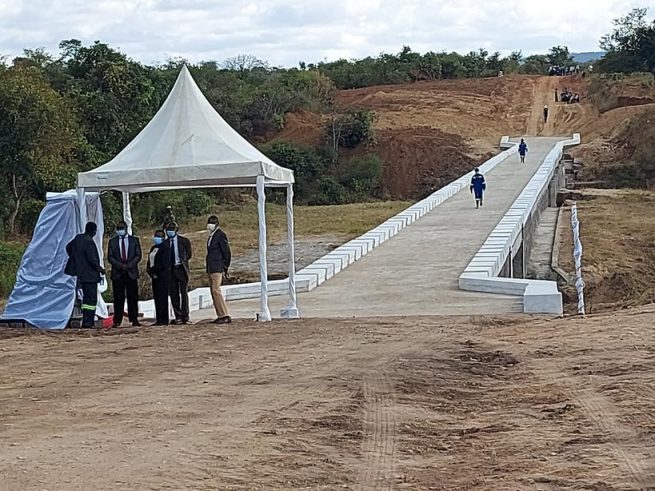